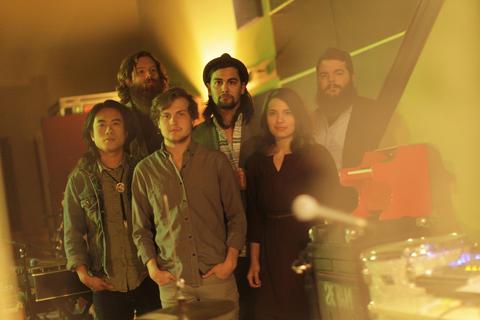 Seryn is a 6-piece band who calls Denton, Texas their home. When listening to the well layered textures of guitars, ukulele, harmonium, bass, violin, banjo and various percussion, it’s hard to imagine This Is Where We Are is the band’s debut effort. The band’s strength resides in their vast musical talent and understanding of dynamics. Their beauty is gracefully displayed through chilling harmonies. Each member and their voice carry the same importance and not one is complete without the other.

It is in this craft that the young band shines so bright. It has earned them a sound that isn't easily defined, but still proven triumphant. What may first appear as straight folk songs, later transcend into menacing walls of sound. The term “Folk-Pop” has been thrown around and maybe it loosely fits, but we will leave the definitions up to you.

Seryn is currently finishing their sophomore album, which is projected to be released in early 2014.