Taking the Collaborative Economy to Space 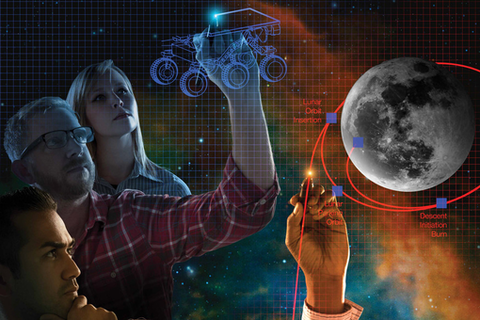 Jeremiah Owyang has shown that the future of business lies in the Collaborative Economy, “an economic model of shared ownership and access between people, startups and corporations all working together.” There’s been a long debate of building collaborative public and private partnerships to improve global relations and create a new global economy, but many argue that we’re constrained by our current constructs. But what if society moves in a different direction – more specifically, upward, to space? As the idea of colonizing space becomes closer to reality, is it safe to say the space economy can be the first true realization of the collaborative economy? What would this look like? Our panelists will discuss the strengths and opportunities for the traditional and space economies today and envision what the new space economy will look like, within the construct of the collaborative economy.

Dr. Andrew Barton joined the XPRIZE Foundation in 2013, coming from a background in the aerospace and mechanical engineering fields. Prior to joining XPRIZE, Andrew was involved in the private space industry in Europe as a technology developer, project manager and entrepreneur. Among other roles, he also worked for 4 years as a specialist at the European Space Agency in the Netherlands where he supported the development of space missions, including significant contributions to future lunar and Mars landers as well as the VEGA launch vehicle.

As Director of Technical Operations for the Google Lunar XPRIZE, Andrew is responsible for the implementation of the Milestone Prizes, selecting and managing the panel of independent judges and communicating technical aspects of the prize to the space industry and the general public.

He holds a Ph.D and bachelors degrees in aerospace engineering from the University of Sydney and a Masters degree in Space Studies from the International Space University.

Anousheh is a member of the XPRIZE Foundation's Vision Circle, and its Board of Trustees. She has received multiple honors, including the Working Woman's National Entrepreneurial Excellence Award, George Mason University's Entrepreneurial Excellence Award, George Washington University's Distinguished Alumni Achievement Award, and the Ernst & Young Entrepreneur of the Year Award for Southwest Region. While under her leadership, Telecom Technologies earned recognition as one of Inc. Magazine's 500 fastest-growing companies and Deloitte & Touche's Fast 5

Dr. Robert (Bob) Richards is a space entrepreneur and futurist. He is a Co-Founder of the International Space University, Singularity University, SEDS, the Space Generation Foundation and Google Lunar X PRIZE competitors Odyssey Moon Ltd. and Moon Express, Inc.. Bob participated in the 2007 NASA Mars Lander mission and 2004 XSS-11 mission of the US Air Force. He is a member of the International Institute of Space Law and co-chairs the Exploration Committee of the Commercial Spaceflight Federation.

Ruben Nunez founded the Earthrise Space Foundation, Inc. in 2007 with the purpose of providing students with experience in STEM related activities, building spacecraft and spacecraft systems.

Ruben has experience managing, designing, and implementing projects involving space technology. He managed projects of this type during his early years of college through the Florida Space Academy Program and the Steven Hawking Microgravity Education and Research Center. In addition, he has managed and implemented $3M+ science grants targeting inquiry based learning activities while integrating technology with the Florida Department of Education.

In October 2013, the Rising Star in Technology Congressional Award was presented to Mr. Nunez by Congressman Bill Posey in recognition of the impact, influence, and work that has resulted in significant success and benefit to the regional technology community. Mr. Nunez holds a B.S. in Aerospace Engineering from UCF.