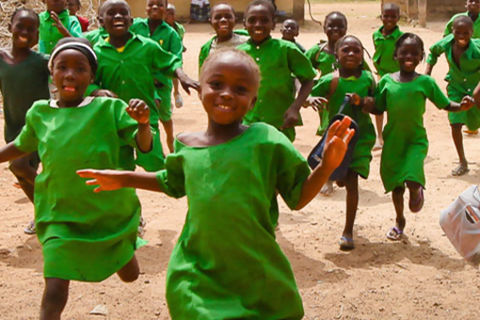 Katrin has worked as a development consultant for the World Bank, the International Centre for Energy Environment and Development and USAid, and has assisted Management Sciences for Health with their HIV/AIDS program. She co-launched Bwari, a Nigerian collective aimed at generating jobs using sustainable resources and, in collaboration with the ICRC, initiated the emergency relief for Jos. Katrin works with Panzi Hospital in Eastern DRC as a volunteer.

As CEO, Lane worked to help create and launch Club Penguin in 2005, playing an integral role in its phenomenal growth and continued success as one of the largest digital brands for children. This success led to a partnership with the Walt Disney Company, which acquired it for $350M in August of 2007.

In 2013 Lane left his role at Disney to return to his entrepreneurial roots, pursue new ventures, and find ways of giving back to the community. Inspired to focus on the challenges facing teachers in the 21st century classroom, Lane co-founded a startup in the field of Education called FreshGrade.

Lane has always had a passion for the convergence of creativity and technology. He and the Club Penguin team have been recipients of a BAFTA Award and a Webby Award. Lane has received an Honorary Fellows Award, several leadership awards, and was listed as one of THR’s 35 Top Executives under 35. Most recently he has been appointed to the University of British Columbia’s Board of Governors.

Roland is the Director of Technology at Projects For All & Project Hello World and is strongly committed to building community technological capacity. By involving and working together with all members of a community during the implementation of projects, Roland not only helps to foster community ownership but encourages the community to work with new technologies. He is passionate about contributing to positive change in the projects, businesses and communities he is involved with.

Over the course of a 20 year career spanning Australia, Asia, Europe and the US, Sophie Kelly has built a formidable reputation for growing and transforming global brands.

In her role as CEO of The Barbarian Group, Sophie oversees all client business, agency operations and growth, and has played an instrumental role in strategically building the agency’s executive leadership team. Over the course of her tenure, the agency has added several major accounts to its existing client roster, including Pepsi, Virgin and most recently, Beam Spirits.

Prior to joining The Barbarian Group, Sophie served as Managing Director of StrawberryFrog, where she was responsible for leading the growth of new and existing clients including Jim Beam, Sabra and P&G. Previously, she acted as Global Business Director at JWT, where she ran a portfolio of worldwide Diageo brands including Smirnoff, Bailey's and Jose Cuervo.

Sophie currently sits on the Interactive Advertising Bureau’s (IAB) agency advisory board, in addition to serving as an advisory board member to nonprofit ‘Projects For All’, where she is heavily involved in implementing digital initiatives in developing nations.