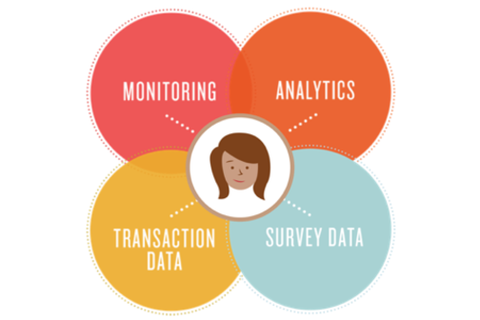 Social media analytics can help you understand the active members of your social media audience, but what about the people who aren't posting? How do you fill in the gaps in your analytics with insight into your customers' purchases, your fans' offline interests, or your users' reasons for liking what they like?

Find a new way of tackling these questions in a session that shares a new approach to social media insight, and see how some of the web's leading thinkers are answering their research questions by combining social media analytics with survey data. Find out how this brings new insight to a 90,000-person study of the collaborative economy; how it enhances what we know about online fundraising; and what it tells Discovery about how social media users watch TV. Whether you're looking for fresh insight on what makes social media users tick, or trying to expand your own monitoring and analytics program, this session will give you a first look at the latest data and research methods.

I am the Vice President of Social Media for Vision Critical, a research technology provider that works with more than 600 organizations worldwide, including a third of the top 100 brands. I am the author of Work Smarter, Rule Your Email (http://amzn.to/ruleyouremail), the latest in my Work Smarter with Social Media series, published by Harvard Business Review Press. The Lavin Agency represents me for speaking engagements (http://alexlov.es/lavin). I blog about social media for for Harvard Business Review and on my own site at alexandrasamuel.com.

I'm covering SXSW for my Harvard Business Review blog so please let me know if you have stories and insights into how established brands and startups are working creatively with social media data and analytics.

Beth Kanter is a well-established international leader in nonprofits’ use of social media. Her first book “The Networked Nonprofit,” introduced the sector to a new way of thinking and operating in a connected world. Her second book, “Measuring the Networked Nonprofit,” is a practical guide for using measurement and learning to achieve social impact. She is the author of Beth’s Blog: How Nonprofits Can Use Social Media, considered the go-to source for how nonprofits can use networks and social media for social change. Beth has over 30 years working in the nonprofit sector in technology, training, and capacity and has facilitated trainings for nonprofits on every continent in the world (except Antarctica). Named one of the most influential women in technology by Fast Company and one of the BusinessWeek’s “Voices of Innovation for Social Media,” Beth is Visiting Scholar at the David and Lucile Packard Foundation 2009-2013

Colby Flint is a consumer insights strategist at Discovery Communications, the world's #1 non-fiction media company, which reaches more than two billion cumulative subscribers in over 220 countries and territories. Colby manages Discovery’s 15,000-person consumer insights panel for the U.S., which was named by Vision Critical as the 2012 Global Insight Community of the year. He will share what Discovery is learning about its viewers by collecting social media profile data from members of the longtime community.

As part of Colby’s continual pursuit of learning, he is also digging into the burgeoning field of data mining as a master’s candidate at the George Washington University. He is an alumnus of Brigham Young University-Idaho.

Jeremiah is the Chief Catalyst and Founder of Crowd Companies, which focuses on how large companies tap the collaborative economy, maker movement, and customer collaboration. Prior, he was a founding partner at Altimeter Group and an industry analyst at Forrester Research covering social computing.

He focuses on how disruptive Web technologies—such as social media, the collaborative economy, and interactive marketing—impact the relevance of corporations to customers today and in the future. He is well recognized by both the tech industry and the media for his grounded approach to deriving astute insights through rigorous research. His blog, “Web Strategy” is one of the premier blogs on how corporations connect with their customers using Web technologies. Jeremiah is frequently quoted in top-tier publications, such as The Wall Street Journal, The New York Times, and USA Today. Previously, Jeremiah was a founding partner at the Altimeter Group, worked at Forrester and at Hitachi, where he launched the company’s first social program. He was featured in the “Who’s Who” in the Silicon Valley Business Journal, and his Twitter feed was named one of the top feeds by Time.