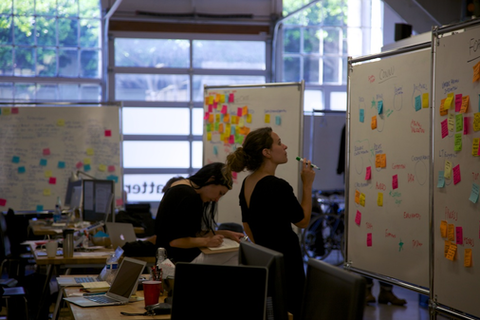 There has been a proliferation of accelerators across the globe, and now across various "verticals" like energy, finance, hardware, etc.
But there is another emergent theme of mission-driven accelerators who marry a public purpose - such as media, education, environment - with a core entrepreneurial structure that syncs up with the broader movement.
In this conversation the founding team of Matter (http://www.matter.vc) invite others in the space to join a discussion of how these experiments are faring, the hypotheses and philosophies that guide them, and the lessons learned so far.
Matter itself is a relatively new (launched in December 2012) accelerator based in San Francisco, supporting media entrepreneurs who are building a more informed, connected and empowered society.
While we will discuss Matter the conversation is intended to be inclusive of other similar efforts, and the perspectives of entrepreneurs and investors in attendance.

Corey Ford is the Co-Founder and Managing Partner of Matter, a start-up accelerator in San Francisco that supports media entrepreneurs building a more informed, connected, and empowered society. Prior to Matter, Corey built Runway, a pre-team, pre-idea start-up incubator at Innovation Endeavors, Google chairman Eric Schmidt’s early stage venture capital fund. He also taught design thinking innovation at the Institute of Design at Stanford University, also known as the d.school. Corey began his career in public broadcasting managing the production of 17 films for the PBS series FRONTLINE, winning an Emmy and a duPont-Columbia Gold Baton Award. He is a Kauffman Fellow, earned an MBA at Stanford, and was a Morehead Scholar at UNC-Chapel Hill.

Jake Shapiro is founding partner of Matter and CEO of PRX - an award-winning nonprofit whose mission is to harness technology to bring significant stories to millions of people. Since its launch in 2003 PRX has been a leader and innovator in public media: pioneering distribution models, developing signature shows, and creating cutting-edge mobile apps. In 2012 Jake helped found Matter Ventures – a for-profit startup accelerator for mission-driven media entrepreneurs. Jake is an Ashoka Fellow, Senior Researcher at the Berkman Center at Harvard, and advisor to a number of public media organizations, media funders, and Internet startups. He also plays a mean guitar.