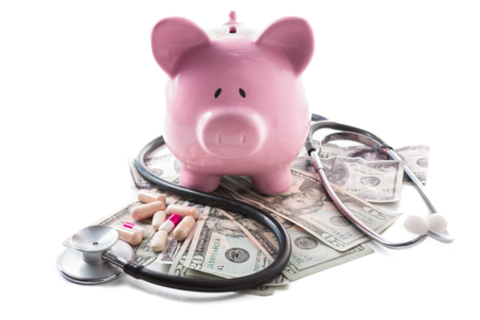 Digital Health is a burgeoning space, with relatively few prolific angel and venture investors, but entrepreneurs are getting creative about finding capital. This presentation will dissect the funding options for various healthcare entrepreneurs at any stage to help them navigate and get in front of the right one for them. Is a consumer-facing crowdfunding portal the right way to go for digital health startups? How can early stage companies specifically gain a financial footing with seed investors, angels, and corporate VCs? Where can mid to late stage companies identify innovative funding options, such as equity crowdfunding, that can boost Series A or B funding? Through each option presented, attendees will understand the challenges that innovative healthcare start-ups face, and the tools to overcome them.

Andrew Farquharson is an investor and entrepreneur with two decades of experience building, restructuring and acquiring companies in life sciences. A founding member of InCube's venture fund, Andrew co-founded VentureHealth to democratize investing for accredited investors who have a passion for improving patient outcomes, but do not have access to venture capital deals.

Earlier in his career, Andrew served as Executive Vice President of sales, marketing and research for Operon Technologies. During his tenure there, Andrew built a global sales force from scratch, grew revenues of synthetic DNA products to $40M in two years, and helped to negotiate a sale of the business to QIAGEN for $150M. Andrew holds a Masters of Business Administration from Harvard University and a Bachelor’s with high honors from the University of California at Berkeley.

Breanna DiGiammarino is the Cause Director at Indiegogo. She has been responsible for developing key partnerships with institutions such as the Clinton Global Initiative University (CGI U), Duke University and Village Capital, resulting in successful campaigns such as Parkinson’s Institute, Mars One and Push Strength.

Prior to Indiegogo, Breanna was the Senior Associate at the Draper Richards Kaplan Foundation, a social venture fund in San Francisco, where she helped raise $30 million to support the company’s second fund for social entrepreneurship called the Springstep Venture Fund and increased the number of applications from hundreds to thousands.

Before that, she was an Associate Consultant at The Bridgespan Group, the non-profit arm of Bain & Company, where she consulted with high impact educational organizations and foundations including the Cristo Rey Network to help urban students into work-study programs and the Gates Foundation to improve low-income graduation rates.

Breanna holds a Master of Public Administration in Nonprofit Management from the NYU Wagner School of Public Service and graduated with a B.A in Biology and Government from the University of Virginia.

Halle is the Founder & CEO of Rock Health, a full-service seed fund for digital health companies. She previously worked for Intel and Apple, and founded YogaBear.org. She earned a BS at Case Western Reserve University and an MBA at Harvard Business School. Halle was named one of CNN’s “12 Entrepreneurs Reinventing Healthcare” and Forbes “30 under 30″.