What's the New "Having It All"? 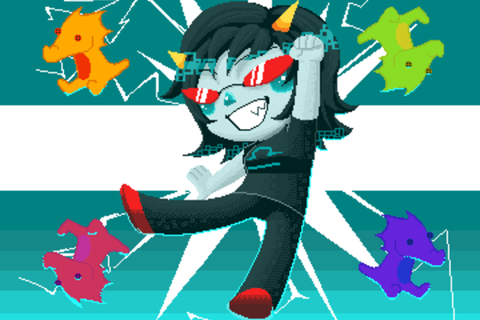 A panel of highly successful digital media professionals (who in no way set out to be highly successful digital media professionals) discuss their views on career paths, success, failure, and professional satisfaction. We'll dive into questions like: Can you really have it all: A great job, a good salary, and do a little good in the world, too? How can you set a “career path” when your chosen career is in an industry that is less than 10 years old? What obstacles will you definitely encounter along the way and what can you do? Should you work for free, if the opportunity is good enough? Finally, do you think there are profound differences between what it takes to work at a start up versus being innovative at a mature company? Is one inherently better or more interesting than the other? This dynamic panel of industry experts will get INTO it.

Laura Lee leads YouTube’s Entertainment East team focusing on broadcasters, cable networks, film studios, aggregators, digital media, and original programming partnerships for the East Coast and Canada. Since joining YouTube in 2007, she has spearheaded relationships with partners including Vice, Discovery Networks, Lionsgate, Sony Pictures, NBCUniversal, A&E, and Scripps, among others, and led the launch of YouTube’s Rentals product (VOD). She is impassioned about cultivating the East Coast content community.
Prior to joining YouTube, Laura was Vice President and Head of Business Development and Operations for MTV Networks’ Music & Logo Group where she led the acquisition of Harmonix and launched several vertical broadband businesses. She also served in various production and development roles at VH1 and Spike TV, including the GQ Man of the Year Awards. Before that, Laura worked at Time Warner in Special Projects in several capacities, including Interim Controller at Africana.com and helped advise on various digital launch initiatives such as Parenting.com. Laura began her career as a media investment banker for J.P. Morgan.
Laura is a member of the International Academy of Arts and Sciences, serves on Tech and Social Media Subcommittee for the 250th Brown Anniversary and as a mentor of Brown University's Women's Launch Pad, and has served as an advisor to the Harvard Digital Community and Social Networking Advisory Group. A diehard Brooklynite, Laura is a graduate of Brown University and Harvard Business School, the proud mother of two rambunctious children, and an avid singer/karaoker.

Lauren Zalaznick has devoted her career in media to transforming the cultural landscape. From her start as an independent feature film producer to her most recent role as Executive Vice President, NBCUniversal, Zalaznick has been increasingly compelled by the intersection of content, technology, and data as a means for substantial business growth. Zalaznick has been widely recognized as an industry pioneer and has received many honors for her achievements. She will be awarded the Brandon Tartikoff Lifetime Achievement award by the National Association of Television Program Executives (NATPE) in 2014. She was inducted into the Broadcasting & Cable Hall of Fame in 2012. New York City Mayor Michael R. Bloomberg honored Zalaznick with a “Made in NY” award in 2011 and asked her to serve on his Media 2020 Council. In 2009, Time magazine named Zalaznick one of the “Time 100: World’s Most Influential People.” Earlier, she was the subject of a New York Times Magazine cover story.

Passionate and committed to helping humanity save the world, Michael Slaby is among the world’s leaders in digital and social media strategy, technology, and how together they can elevate mission-driven organizations. Currently, he is Managing Partner of Timshel -- a new company working to help solve social, civic, and humanitarian challenges with better technology, engagement capabilities development, and creative capital. Previously he was Fellow at Shorenstein Center at the Harvard Kennedy School of Government. Michael helped lead Obama for America as Chief Integration and Innovation Officer in 2012 where he oversaw the CTO, CIO, CAO, and ensured effective implementation and integration of technology across the entire campaign and as Deputy Digital Director and Chief Technology Officer in '08.

He lives in Chicago with his much more awesome wife, Lydia.

Steven Waldman is a journalist, entrepreneur, digital content pioneer, and advocate for robust accountability journalism. He spent the first part of his career as a magazine journalist, working as National Editor of US News & World Report and National Correspondent for Newsweek.   In 1998, he founded Beliefnet.com, a multifaith religion website. Beliefnet was the largest site in its category, pioneering new approaches to user generated content and community, and winning the National Magazine Award for General Excellence Online and the Online News Association’s General Excellence award. Beliefnet was purchased by News Corp in 2007.   From 2009-2011, he was Senior Advisor to the Chairman of the Federal Communications Commission, authoring the landmark report, “The Information Needs of Communities: The Changing Media Landscape in a Broadband Age,” which NPR called “one of the most comprehensive overviews of the US media ever produced.” He is now working on a new startup, creating a better way for people to commemorate major life milestones such as deaths, births and everything between.