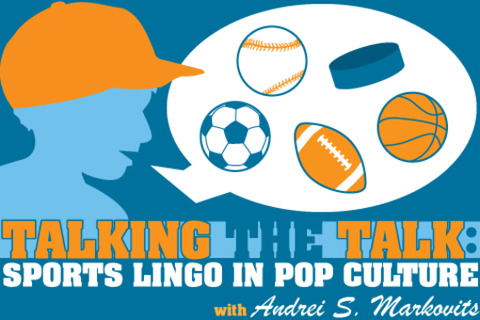 Sports matter. Their marquee events -- the Olympics, various world championships, most prominently the World Cup in soccer, the Super Bowl,the World Series, the UEFA Champions League Final, the NBA and NHL finals, the America's Cup, the four Slams in tennis and the four majors in golf to mention but a few -- have become global icons known to and loved by billions. But parallel to this globalized quality, sports also retain something deeply local. Thus, while the University of Texas Longhorns embody a quasi-religious entity in Austin and environs, they remain largely unknown beyond the confines of the United States. This "glocal" (Roland Robertson) quality of modern sports has important cultural and linguistic ramifications. Comparing the trends of the past two decades to parallel developments shaping modern sports cultures between 1860 and 1914, the session will highlight specific American cultural and linguistic developments to comparable phenomena in Europe. This session is part of the brand new SXsports programming at SXSW 2014.

Born in the West Romanian city of Timisoara as the sole child of a middle class Hungarian speaking Jewish family, Andrei Markovits lived his first nine years there before spending the next nine commuting between Vienna, Austria and New York City. After finishing his secondary education in Vienna, Markovits enrolled at Columbia University in the fall of 1967 where he proceeded to receive five degrees by 1976. He then proceeded to a post-doctoral fellowship at the Center for European Studies at Harvard University with which he remained closely affiliated until 1992. After professorships at Wesleyan University, Boston University and the University of California at Santa Cruz, Markovits joined the faculty of the University of Michigan in 1999 where he continues to this day as the Arthur F. Thurnau Professor and the Karl W. Deutsch Collegiate Professor in Comparative Politics and German Studies. Author of many books and articles that appeared in 15 languages on topics as diverse as European anti-Americanism and anti-Semitism; European social democracy; new social movements; and also comparative sports cultures, Markovits has lectured all over the United States, Canada, Europe and Israel; and has held visiting professorships at universities in Germany, Austria, Switzerland and Israel. He has won a number of teaching awards and has been bestowed the Officer's Cross of the Order of Merit of the Federal republic of Germany, that country's highest honor given to civilians, Germans or foreign.