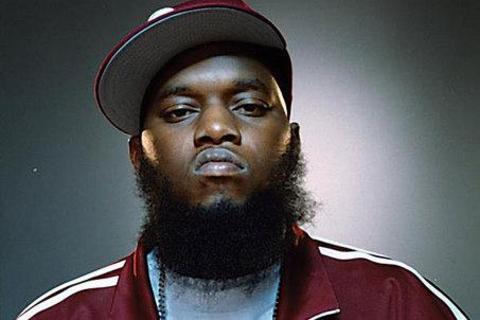 Rappers have been rhyming about hustling, living in the ghetto and the perils of street life since the dawn of Hip Hop. But what distinguishes Freeway, is his unique approach to tackling these subjects. Freeway neither boastfully brags about his days hustling on the crime-ridden street corners of North Philly, nor does he dogmatically preach at his listeners while lecturing them to live righteously. Instead, his lyrics are laced with ghetto-weary "been there, done that" sentiment that implies there is life beyond the block.

After a pact made with fellow Philly native Beanie Sigel, Freeway was brought to Roc-A-Fella records where he made his recording debut on "1-900-Hustler" from Jay-Z's multi-platinum The Dynasty: Roc La Familia CD. Shortly after it's release, Freeway's North Philly ways caught up with him and he found himself serving a six-month jail sentence for possession of illegal narcotics with intent to deliver. Faced with the realities of street life, Freeway thankfully opted to put all his efforts into his music.

In 2003 Freeway released his debut album Philadelphia Freeway, solidifying himself as a force to be reckoned with amongst the other stars of the Roc. After achieving gold status (selling over 500,000 units), Freeway played an instrumental role in establishing he and Beans' Philly crew State Property. It seemed as though Freeway was on an unstoppable roll. But as life teaches us all good things must come to an end...and the next four years found State Property head Beanie Sigel convicted of federal weapons charges, group turmoil and most importantly the historic breakup of the Roc-A-Fella dynasty of Jay-Z and Dame Dash.

With all the chaos, Freeway, a devout Muslim, accepted an opportunity to travel to the holy city of Mecca on Hajj (a journey required by every Muslim at least once in his or her lifetime if he or she is able to). Upon his return, Freeway recorded his long-awaited sophomore release, Free at Last. Uncertain about his standing amongst all the label drama, Freeway found a new ally with Hip Hop heavyweight 50 Cent and a deal was brokered to have Jay-Z and 50 Cent co-executive produce the album. While both were featured on the record, the project ended up solely a Roc-A-Fella release, with 50 giving up his co-executive producer's role. Released in 2007, Free at Last was a moderate success but unfortunately lacked the label focus and attention of his debut release.

Never one to complain or sit stagnant, Freeway got on his grind and started blasting the internet and the streets with mixtapes, remixes and free tracks, raising his profile to new levels. In 2008, Freeway would reconnect with producer Jake One (who produced on his sophomore outing, Free at Last) to record two tracks for his Rhymesayers debut, White Van Music. The sessions not only resulted in two of the album’s highlights, including the classic collaboration with Brother Ali called "The Truth", but numerous additional songs that showed a real connection between the G-Unit beatsmith and Freeway.

With his release from Roc-A-Fella records, the path had been set for Freeway’s next official album, The Stimulus Package. The Stimulus Package presented an opportunity to not only take it back to the basics of: one Producer, one MC, but also provide a chance for Freeway to spread his independent wings and give something special back to Hip Hop, the culture that saved his life years earlier on those North Philly streets.