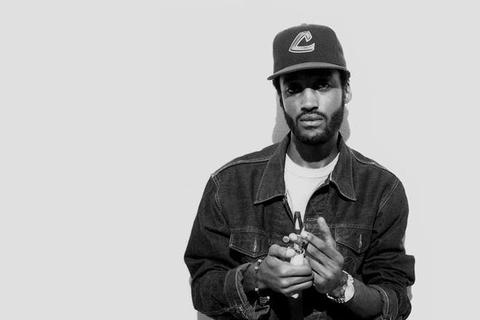 Already widely respected for his work behind the boards, Chase N. Cashe is on the brink of transitioning into the elite group of dually talented artists with an already hefty production resume.

Born Jesse Woodard IV and raised in Westbank, Louisiana, the audible soundscape consisting of intricate yet dreamy beat patterns paired with a smooth delivery the 23-year-old presents to listeners is a surprisingly stark contrast to the underground bounce music and harrowing first-person accounts of menacing street tales provided by regional rap godfathers, yet is still familiar at its core.

A musical mélange that relies on introspection over industry standard uninspired punch lines, Gumbeaux serves as a satisfying palette cleanser. Opting to travel the road less traveled by pretentious industry peers, Chase N. Cashe keeps an even keel with realistic rhymes about matters of the heart (“I Don’t Want Nothing) to financial woes (“Still Trippin“).

At age 17 the budding beatsmith had a chance online meeting with future production partner Hit-Boy of the already established Surf Club via popular social networking website MySpace. After exchanging pleasantries, Hit-Boy invited Chase N. Cashe out to Fontana, California, an uncalculated leap of faith for both sides that would go on to spawn chart topping music and most importantly a lasting brotherhood.

Now with a Grammy-nominated platinum single under his belt (Lil’ Wayne’s 2009 collaborative effort with Eminem, “Drop The World), Chase N. Cashe is stepping from behind the production helm and into his new comfort zone -- in front of the world.