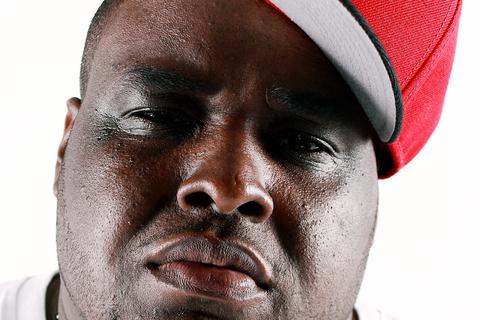 At the corner of street life and honest living stands Thi'sl: an ex-hustler turned urban missionary. A look into his past reveals the authenticity of his gritty, in your face lyrics and God's grace, which spared his life and gave him a clean slate to begin anew.

Travis "Thi'sl" Tyler was born in Greenwood, MS but moved to one of the worst neighborhoods in America at the age of 2. Living on the Westside of St. Louis, without a father present, his grandmother stepped in to help raise Thi'sl and his brother, while his mom constantly worked. Disaster soon followed—Thi'sl was expelled from all St. Louis public schools at 13 years old for having a weapon, his mom and other relatives got hooked on drugs and he found himself struggling just to survive. "I was a monster. I did whatever I had to do to survive," he recalls. By the age of 18, narcotics began to consume every aspect of his existence. With his life spinning out of control, pains and hurts being drowned in a variety of drugs and an identity grounded in the streets, Thi'sl was headed for destruction.

But then came his awakening—through the murder of one of his cousins. "It rocked my life and it made me look to God for answers," he remembers. Thi'sl began attending church and reading the Bible, and his conscience was awakened to his sin. He knew he had to leave the street life behind him. He even had to part ways with a childhood passion—rapping. While Thi'sl had relocated and experimented with different drugs quite frequently as a youth, rap had remained constant since the age of 11 as a means to vent his pain and struggles and extol the things he valued in life. In light of his awakening, Thi'sl now hated what he promoted in his music, so he walked away from the game and didn't plan on coming out of retirement. Of course, God had other plans.

After a year and a half of studying Scripture and serving in his church, Thi'sl had a burning desire to reach his generation and culture. He prayed for direction, and God impressed upon his heart to return to rap. Initially, he tried to mimic the heavily theological raps he had been exposed to, until finding his own lane. He eventually started an independent label and released his national debut album, Chronicles of an X-Hustler, which debuted at No. 4 on the iTunes Hip Hop chart. Chronicles is a self-described "audio biographical" look into Thi'sl's life as he addresses real life situations through a biblical lens and provides practical/biblical solutions to everyday situations. That's his mantra—let his biblical knowledge meet real people in their current realities. Having been featured on several albums since his national debut including features with Lecrae's Rehab: The Overdose and Flame's Captured, Thi'sl recently released his sophomore album Beautiful Monster. Driven by his mom's words, "While people are sleeping, I'm working," Thi'sl is dedicated to making the most of his platform and changing the world.

Ultimately, Thi'sl stands as a voice crying out to people across the globe no matter what background telling them, "There is hope in Jesus. No matter how messed up you are, where you are, or how many people have told you that you will fail. There is hope! I found that hope in Jesus."