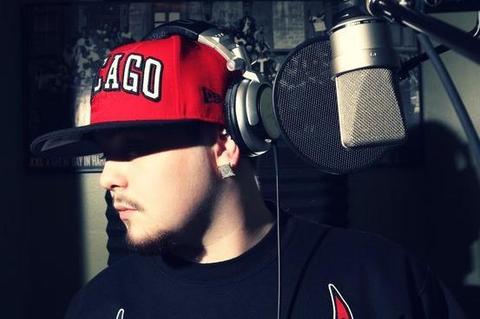 Listen to Had A Dollar

Marc Joseph Maxfield (better known as Mpulse), born January 14th, 1992 (as the youngest of 2 full siblings, an older brother, Michael Maxfield and older sister, Austin Maxfield), is a Chicago rapper. He started writting at the age of 9, and was already recording by the age of 10. Through the up’s and downs, friends, girls, etc. experiencing things every teenager experiences, Music helped him get through all of those situations. From little to small, he incorporated every aspect of his life into his Music, and still does. He released his debut mixtape “I’m NeXT” hosted by the very popular/legendary Dj Don Cannon who is best known for his mixtapes along side Dj Drama in the Gangsta Grillz series, and also his work with Big Sean, Young Jeezy, Lil Wayne, 50 cent, T.I. and more. Mpulse has also worked with popular producer Lex Luger, who is responsible for hit’s such as “BMF” (Rick Ross) and “Hard in the Paint” (Waka Flocka), and has also produced for Fabolous, Soulja Boy Tell Em, Jim Jones, Lil Scrappy, Kanye West, and the list goes on.

Marc was raised in the South Suburbs of the windy city, in a neighborhood called Park Forest. Suburbs are known for being more “toned down” then city areas, and they usually are, with Chicago as an exception. Park Forest is no where near as bad as some parts of Chicago’s inner-city, but its no regular suburb, as most of Chicago’s south suburbs arent. Coming up around the type of people the city brings up, and the type of surroundings the city is known for, Marc looked to Music as his scapegoat. Alot of his friends were in the streets, into drugs, into violence, and into crimes they felt were neccisary to get them by. With all of that going on around him, his Music kept his participation in those acts to a minimum, though he has made his fair share of mistakes. He kept to himself alot of his younger years, untill around his freshman year in high school, when he dropped his first home-recorded mixtape. At the time, he was getting alot of good feedback and even some of his fanbase today originates from that home-recorded mixtape which gave him an appropriate buzz around his over-populated school.

As his High-School years progressed, so did his Music, and subject matter. From making songs about girls he liked, to making songs about other local rappers he didnt like, either way his growth was obvious. He never really took school serious, was often in trouble, and struggled to pass. By his senior year, he had access to a good quality studio where he immediately started working on what was soon to be his debut mixtape, “I’m NeXT”. He started getting connects from his sister, Austin, who worked at a popular Chicago sneaker boutique called “SuccezZ”. As most celebrities whom are into fashion do when they visit Chicago, Don Cannon and his entourage (which includes his cousin, who is also a producer by the name of Keef Boyd) visited SuccezZ to shop for sneakers and clothes. Don Cannon was in town to Dj a party at a local club in which Austin would be attending. At the club, she linked up with Don Cannon’s cousin, and fellow producer, Keef Boyd (who went on to produce the entire “Sofa Gun” mixtape for Mpulse).

After exchanging contact information with Keef Boyd, he quickly sent her a few beats when he found out her brother was an aspiring rapper, as he is an aspiring producer. The first song Mpulse recorded to a Keef Boyd production was titled “Go Harder”. It was the first time Keef Boyd heard Mpulse and was amazed. He went on to tell Austin how he runs into alot of people claiming that somebody close to them is a rapper, but never hears anything special, but that wasnt the case for Austin (or shall we say, Mpulse). After emphasizing how amazed he was at Mpulse’s “flow”, he went on to say how he showed Don Cannon the track, and everything he was saying, Cannon agrees with. Being over-whelmed with the admiration from the 2 producers (being that it was basically his first time recieving REAL recognition), he went on to record to a couple more Keef Boyd tracks, and keeping them updated with recent tracks he did. By the way, by this time Mpulse had made his sister, Austin, his manager. It was apparent she fit the requirements.

A month or so went by, but he was still staying in contact with Keef Boyd. Keef started to express some of Cannon’s interest in Mpulse. They set up a date for Mpulse, Austin, and fellow friend/artist Clark Airlines to fly down to Atlanta to meet with the 2 producers. He recieved 4 beats from Cannon and immediately recorded 3 of them. 2 of them made the mixtape (“Car of Life”, “I Am Pulse”). After meeting, becoming aquainted, and working with Mpulse, Don Cannon agreed to host the much worked on effort Mpulse has been recording over a year for, “I’m NeXT”.

Currently, Mpulse and Keef Boyd have finished the sequel to “Sofa Gun” (simply titled 'Sofa Gun: The Sequel') in which will be hosted by Don Cannon. He is also continuing work with Don Cannon (and more) on a currently untitled free album that he plans on releasing in late 2013.