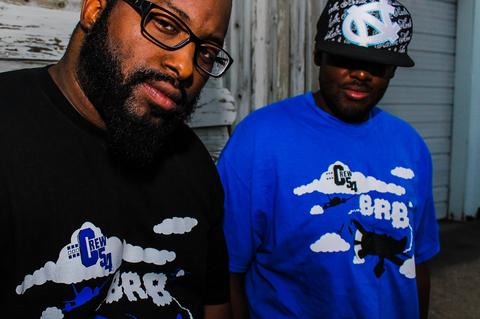 Quickly becoming regarded as one of Texasâ€™ brightest new acts, Crew54 is determined to make their way into the game. Combining raw reality lyrics with soul driven banging beats, G-christ and M.O.S. deliver a high energy product that bumps in your system and will blow you away live in person.

After serving in the Army, G-Christ ended up in Killeen, TX. Using his southern breeding, mixed with world traveling experience, he crafted a lyrical style that is versatile, with the ability to sound natural on almost any type of beat. From east coast grimy to southern bounce, G-Christ is ready to destroy any beat and song concept. MOS is constantly crafting his writing style to connect with the listener on all bases. Having worked with bevy of crews, artist, and producers, the unofficial official MOS catalogue is profuse. It was a natural connection when they met, and that moment a legacy for born.

Starting early in 2008, Crew54 started a weekly video blog called The 54 Reality Show depicting their daily grind while showcasing the local hip-hop scene. Whether covering live shows, shooting music vids, or connecting with artist across the spectrum of Central Texas' affluent live music scene, the 54 Reality Show and Crew54's music has been picked up by major hip-hop sites like www.Artofrhyme.com, www.hiphopgame.com, and www.rappers-guide.com, 2dopeboyz.com, DJBooth.net, and various others.