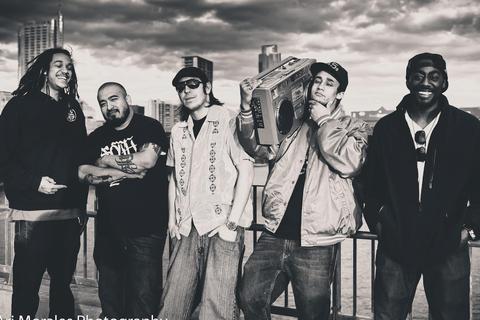 The concepts and ideology of the SubKulture Patriots were created by Brian Tanton aka "The Brain". In November of 2010 he linked up with HBZ aka Boo Radley from the critically acclaimed Spin Alley. RuDi Devino a founding member of the Short Bus Alumni followed after Cap'n Kirk, aka A.K. a former member of Diasporic and the Anti-Gravity Crew, completing the alliance the following year. The end result was a group of like minded emcees with one common goal; to share their music with the world!

After a year together making music in their hometown, and grinding on the scene, SKP became official 2012 SXSW artists, showing that hard work pays off.

Just fresh first off of their 3 week, 18 date excursion on the international Vans WARPED Tour, they are coming soon to a venue near you ready to build a revolution and tear down the stage at the same time.