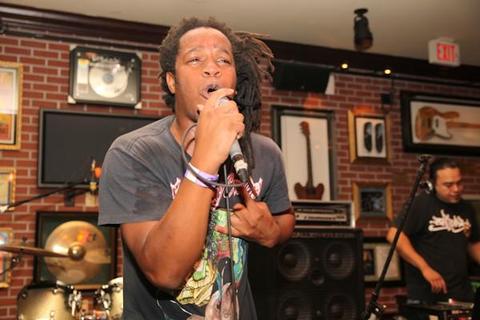 “ Nosaprise is one of Houston’s most prolific artists “ - Houston Press

"He takes two completely different genres and combines them into something astoundingly epic and refreshingly original."- CMJ

Houston’s own Nosaprise is what it means to be a “Do It Yourself” artist. Hundreds of shows, two national tours, three SXSW showcases, a CMJ Spotlight, a Houston Press Music award and more write ups than you can count, he approaches Hip Hop with a punk rock mentalilty. Coming from a city of DRI and the Geto Boys, Nosaprise has drawn comparisons to artists like Danny Brown and Childish Gambino.

In 2013, Nosaprise brings us “Book Of The Dead”. He calls this concept project his “In Memoriam” to the deceased artists that inspired him to start rapping. Also pulling from the classic horror films the Evil Dead trilogy ”Book Of The Dead” paints his picture of life and death. This project will be available for FREE for a limited run on his website and will be supported by his fourth SXSW appearance, as well as a tour of Texas. Go check him out don't be stupid!