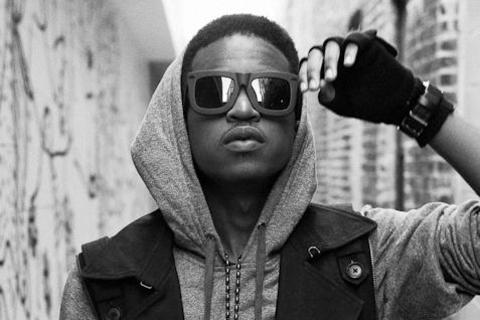 DyMe-A-DuZin is the epitome of a rising star. Since emerging onto the music scene, the 21-year-old rap phenom has garnered the attention of hip-hop aficionados and music
execs alike.

DyMez captures the unique essence of a dynamic generation through his music, persona, and style. His lyricism acts as a breath of fresh air among the realms of mainstream hip-hop and though inspired by pioneers and influencers of rap, DyMez has succeeded in constructing a delivery that is distinctive to him alone.

This distinction has paved the way for this budding artist to work with hip-hop heavyweights, and most notably producers.

Dyme-A-Duzin is captivating live performer and has had the opportunity to perform with Theophilus London, Erykah Badu, Talib Kwali, Epmd, Naughty By Nature, The Roots, Eve, Slick Rick, the Internet, Earl Sweatshirt, Joey Bada$$, Action Bronson and many more.

DyMez has graced stages locally and internationally with performances at venues such as SOB’s, The Knitting Factory, Highline Ballroom, House of Blues, Club Nokia, The Roxy, The
Fillmore, and the fabulous Club Koko in London;

Dyme's has performed in many music festivals and events, such as Howard Homecoming, Afro Punk and Brooklyn Hip Hop Festival.

The highly anticipated “A Portrait Of Donnovan” mixtape, DyMez first project with Warner's Bros, features production by Plain Pat, Emile Haynie, Harry Fraud and Omen, and is a
masterpiece to be uncovered. As the title presumes, the mixtape it draws his listeners closer painting a clear picture of the skills, artistry, and unique perspective that DyMez has
to offer to hip-hop’s world stage.

In preparation for the release, DyMez released videos for “Swank Sinatra” featuring Joey Bada$$, CJ Fly, and the late Capital Steez, as well as “New Brooklyn”, which premiered on
Jay-Z’s Life Times site, and was rated one of the top fifty hip hop song of 2013 in Spin Magazine, this track instantly hit the airwaves of New York’s Hot 97 Peter Rosenberg’s
show, major blogs, and media outlets.

DyMez rounded off his pre-release offerings with the
introspective track entitled “Memories,” which features production by infamous Harry Fraud.

Dyme-A-Duzin's Next Project entitled “Hip Hope” and the Hip Hope Tour 2014, is on the way with a scheduled launch date of March 13, 2014, listen out for the new music and catch Dyme’s live performance in a city near you.