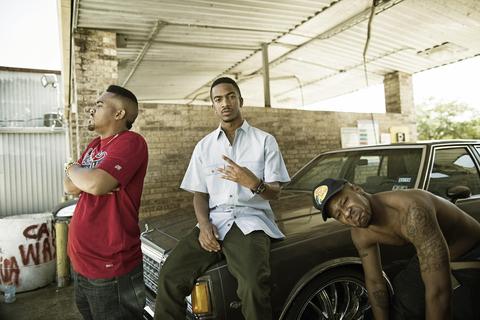 Born and raised Texans Dorian, JayHawk, and Mel make up the hip-hop band The Outfit, TX. Consisting of two producers and three emcees, TOTX's story begins in the city of Dallas, where all three members are from, venturing to Houston, where they lived for seven years. Since its commencement in 2010, TOTX has been hard at work developing their patented brand of "Cooly Fooly Space Age Funk." Thus, these three individuals appear fully cognizant of both their respective sounds and their collective sound, blending unabashed southern credo with smooth synth bass, moogs, 808s, and synthesizers. Their most recent project, "Cognac/Four Corner Room," two varying solo projects conjoined at the hip, exists as a perfect exhibition of that. The future holds much more for the three southern gentlemen that comprise The Outfit, TX. They might have put it best, describing their most recent album as "one small step for Texas, one giant leap for southern kind."