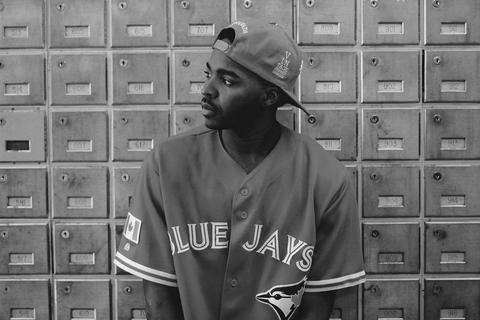 Toronto-born, buffalo-bred; Blake Carrington hits the refresh button on the current international Hip Hop scene. Combining his soulful delivery with cleverly crafted lines, he creates heart felt, socially conscious & driven songs to musical compositions that are out of this world.

He is an ambitious urban musician failing forward, and making his dreams become a reality. He began rapping at an early age, with a close example in his bloodline, his father, a well-respected hip-hop legend from Buffalo, NY by the name of Dedot; and it is quite apparent that the apple did not fall too far from the tree. After graduating Seneca College in Toronto, Ontario with a diploma in Independent Music Production,

Blake took his dreams and passion to a new level.
Released in the summer of 2011, his Dare 2 Dream project, which he created with super producer Ric Notes, was the culmination of many years of hard work and training, and proved to be an international success for Blake and a significant milestone in this young veteran’s musical career.

Blake’s talents (creating hit songs, & his high-energy performances) have taken him all across the globe, from being the first RAP artist winning (twice) at Amateur Night at the world famous Apollo theatre in Harlem, to touring in Tokyo, Japan, to sharing stages with the likes of hip-hop legends in every metropolis city in North America. He has shown just how much persistence and hard work it takes to follow your dreams, even when life happens. Blake’s high energy and charismatic personality has led him to recording, performing and sharing the stage with the music industries elite such as Talib Kweli to Snoop Dogg to his current super-star peers from Drake to Kendrick Lamar, & even cross genre electronic acts such as The Far East movement.

As the list continues to grow, Blake continues uphold his reputation as a well-respected artist amongst his industry peers. Not stopping there, Carrington's ability to go after what he wants has opened up various tour opportunities on many of the nation’s most popular concert circuits, ranging from: A3C HipHop Festival, Sneaker Pimps Tour, SXSW (South By South West), Power 106 Concert series in Japan, NXNE (North By North East), Manifesto Festival, The Dope House concert series (2DopeBoyz), DUB Magazine Showcase Tour, just to name a few.

Blake G Carrington is set to release two volumes of his forth-coming project entitled FAILURE, which is the musical soundtrack to his life story and the natural evolution of his music & lifestyle. Blake has traveled a long learning exciting road to the position that he is at today

The popular Canadian publication NOW magazine selected Blake as one of the Top 10 artists of any genre set to break out of Canada & have huge success in 2014. This Million Dollar FAILURE has created a new meaning for the word:

So while many play catch-up Blake G. Carrington with his edgy, futuristic, fresh style, high energy, compelling origin story & inspiring musical journey is not only winning the race, but is setting trends and trailblazing a new path within the music industry while being the living embodiment of the NEW definition for a successful FAILURE.