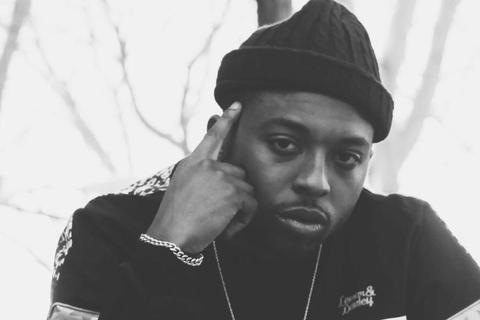 "Being a rapper is like being a prophet in Biblical times. It's about saying something that people will actually feel; not giving the people poison, but actually influencing them with positive music." – Dee Goodz

Nashville rapper Dee Goodz is holed up in a midtown Manhattan recording studio in New York City right now, putting the finishing touches on his debut album “Family. Friends. Money.” Thanks to an itinerant upbringing that found the rapper bouncing from Detroit to Chicago to Baltimore and then finally settling in Nashville, his life experiences have given him wisdom well beyond his years.

Let's be honest: Most rappers are one-dimensional; able to speak at length on one topic but rarely showing versatility or complexity. Through a series of acclaimed mixtapes and his upcoming official debut album, Dee Goodz' natural ability to expound on multiple layers and levels of life is only rivaled by his sonic diversity. Unlike some rappers who try to bury their book-smarts behind a facade of gangsta posturing, Dee balances his thirst for learning with a street savvy hunger and focused approach. Yeah, he'll cop to "trying to cut some corners in life," but he's also a student of knowledge, rhyming freely about the joys and disappoints of his actual life experiences.

"Growing up, I could get along with anybody, so that allowed me to be exposed to people from all different walks of life. Somehow I absorbed all of these different styles as a result of it… I moved to Tennessee at the height of Crunk music, so I went from listening to DMX and Go-Go music in B-more, to moving down south and listening to Lil Jon, Pastor Troy, Three 6 Mafia and 8ball and MJG. That’s some of the influence for my music, but I've always been blessed to be around and work with super creative motherf***rs who play everything for real, so I’ve been able to steer clear of using any of the all too familiar sounding drum loops or easily identifiable samples in my music…unless it’s intentional of course," Dee chuckles.

Mixtapes like “The Introduction of Donald G”, “The Higher EP” with The Kickdrums and “Donny Cash” would follow, alongside acclaimed collaborations with Mac Miller ("Doobie Ashtray") and Casey Veggies ("My Hu$$le"). Since his entry into the game, the student of music has been able to travel and tour on his own, book his own shows and run his own merchandise all without the help of a major label.

Dee Goodz debut album “Family. Friends. Money.” or “FFM,” which is a kiss-off to commercial radio too afraid to play the rapper's earlier more underground hits, will be released independently by Launch Point Records this Spring/Summer 2014.