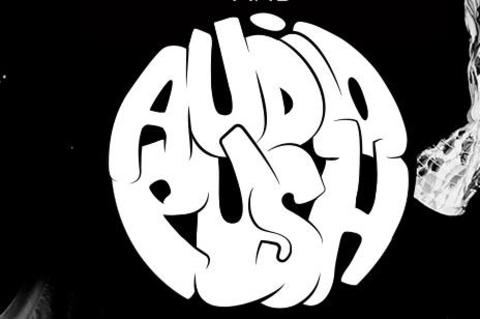 They had no idea what the future held for them when they first bonded on the basketball courts in middle school. But one hobby led to the recognition of another common interest; an interest which would eventually lead to their pursuit of a hip-hop career worthy of placement amongst some of the greats.

Born and raised in the Inland Empire, during the 90s, Audio Push’s Price, 22, and Oktane, 23, have always been immersed in music. In fact, their list of inspirations reads as a roster of icons: Eminem, E-40, Outkast, Suga Free, Wu Tang Clan, and A Tribe Called Quest to mention a few. Yet, although their love hip hop was great, both state with strong affirmation that as youngsters they could not have foreseen just how far it would take them.

Coming together to form Audio Push (formerly, The Push), the duo has amassed serious buzz through the release of several mixtapes, national recognition, radio success, and the formation of their own label—BOW Entertainment. They signed with Hip-Hop and R&B platinum-producer Hit-Boy’s record label, Hits Since 87 (or HS87), in 2012; a partnership which holds extreme significance for Audio Push as their friendship and mutual respect runs deep.

Under HS87, Audio Push released their highly lauded mixtape, “Inland Empire.” Off the strength of that project, the pair embarked on the Amerikaz Most Wanted tour—a 40 city tour alongside Lil Wayne, T.I., and 2 Chainz. It was during this time that they began work on their newest mixtape, “Come As You Are”—the title courtesy of Nirvana’s 1992 single.

Inspired by their journey and current success, “Come As You Are” is yet another intricate display of not only lyrical prowess, but seamless delivery. Capturing a raw hip-hop sound, “Come As You Are” intertwines hip hop and R&B samples underneath the riveting production of Hit-Boy, Hazebanga, Eric Choice, Key Wayne and more; all the while maintaining a west coast vibe.

The mixtape seeps with the same energy that magnetized fans from Audio Push’s inception. The title track is an honest introduction to the guys—for new and old fans alike; serving as a flashback to their beginnings and a beckoning for more authentic conversation. And though Audio Push remains diverse in their content throughout the 15-track tape—shifting from gritty, to intimate, to comedic—they never fail to keep it real.
.
Consistently intent on branding their selves as raw talents with content that in the future can be considered “classic,” Audio Push is on their way. And if their rapid-fire flow is any indication of their future, Audio Push will not be slowing down any time soon.

Consistently intent on branding their selves as raw talents with content that in the future can be considered “classic,” Audio Push is on their way. And if rapid-fire flow is any indication of their future, the duo will not be slowing down any time soon.