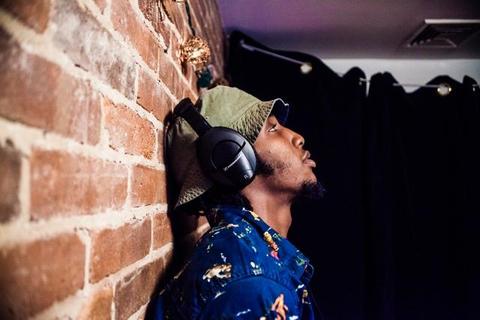 CJ Fly is a 20-year old emcee with a dedicated intellect and vision that emulates some of the great rappers of the 90s. Channeling his reggae-influenced beginnings, Nas’ gift for narration, Tribe’s swing and flow, Jay-Z’s confidence, and Biggie’s pride for Bed-Stuy, CJ has managed to create a style of his own.

Being raised by his Jamaican father and Bajan mother as an only child, CJ quickly learned how to rely on himself for drive and inspiration. He began writing his own poetry in the fourth grade and by the seventh grade he was rapping. He attended Edward R. Murrow High School for communication arts where he met Joey Bada$$, Powers and Capital STEEZ. The four of them would spend their school days cyphering in the auditorium and by 2011 they had formed the Progressive Era, an empire comprised of artists of many aptitudes.

After the release of Pro Era’s The Secc$ Tape in 2012, CJ featured on and A&R’d Joey’s first solo mixtape, 1999 alongside Jonny Shipes (president of Cinematic Music Group). CJ began receiving his own recognition from his reputable storytelling on tracks like “Hardknock” and “Don’t Front.” The crew has since released PEEP: The aPROcalypse, where he rhymes on 7 of the tracks including a crowd favorite, “Bun N Cheese.”

Having grown with Pro Era, CJ has begun to focus on his respective career. He released two singles, “Tug-At-War” and “Still The Motto” in July of 2013 and debuted his first solo project, Thee Way Eye See It in October including features by Ab-Soul, Phife Dawg, Erick Arc Elliot, Buckshot and fellow Pro Era members. The project has received acclaim from fans, critics and music aficionados worldwide.

CJ has established himself with his indisputable charm and lyrical imagery as a prominent artist of his generation. He and the Pro Era crew are set to release The Secc$ Tape 2 this upcoming Valentine’s Day and more videos supporting Thee Way Eye See It.