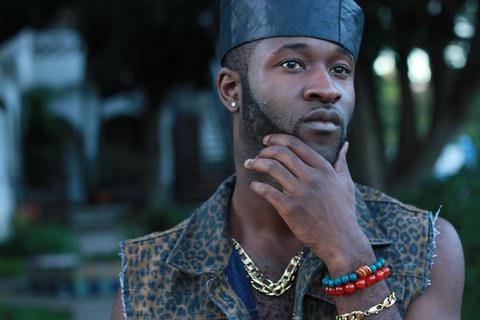 The ability to tell a great story comes generally from experience. If you don’t experience, you don’t know. If you stay in one place all your life, you have to rely on others to bring you their tales of faraway lands. The artist known as Dex Kwasi doesn’t have to resort to hearsay as the tales he tells comes from an experience that in hip-hop, is uniquely his.

Dex was born in Dallas, TX to parents of Ghanaian descent. At age 6 his parents decided to move home to Ghana, where they took their young son and opened him up to a whole new world in Africa. Some years later he moved back to the US, to the south side of Chicago, and then later to Oklahoma City, four radically difference places – all of which helped Dex gain his open perspective, and hone his lyrical abilities.

As you listen to his recorded work it’s obvious that Dex is not your typical MC/Producer. The action packed drama of the Ghanaian storytelling art form of Anansesem shines through on his deeper songs, and his production reflects a musical tradition that digs deep into his dirty south roots and follows him on his path around the world.

“Growing up in Ghana,” Dex explains, “we listened to mostly mainstream hip-hop. Anytime I would go to America and come back people would ask me if I brought music videos back. The music on the radio in Ghana was crazy because DJ’s would play anything. They didn’t have a play list. I would hear all unedited rap music. Juvenile, DMX, Jay-Z, they would sometimes play whole albums on the radio.”

But it was an artist from Ghana called Reggie Rockstone that really showed Dex that he could be a contender in the rap game. “Reggie Rockstone was like the first Ghanaian rapper. He was the first person to use the local dialect and use English at the same time. He started a real trend in Ghana and inspired me.”

On his recent single, the drug riddled “Lab Rats,” you can hear his down south meets West Africa accent shine through as he takes you on a trip, literally through his world. He raps, “I don’t f—with Xan’s cuz they make me sleep, nowadays all the gangstas is all the geeks.” Over this Billionaire Boy Scout – a one time protégé of Dex – produced track, the MC delves into the drug game meets the music game metaphor in a wholly unique way. He’s not the dealer; he’s the mad scientist and producer of the party.

”I had a cousin who played for the national soccer team of Ghana, and by the age of 12, I was already partying till 4 in the morning.” Dex remembers, “When I came back I mellowed myself out, but then when I went to college I got even crazier.”

Making music helped with that mellowing. Dex began producing at the age of 15. Heavily influenced by Timbaland, who is known for using African rhythms in his production, he acquired a copy of Fruity Loops and was given access to a recording studio by an engineer who admired his young energy and would teach him how to use the equipment. Around college age, Dex took out some student loans and started building his studio. By the time he was a sophomore he had a pretty good set up, and the releases just started flowing.

While his recording and touring schedule forced him to drop out of college to focus on music completely, he eventually returned and got his degree in Biology. No mean feat for a man who has released seven projects in six years (see below) and has shared the stage with legends like Young Jeezy, Trick Daddy, The Ying Yang Twinz and up and coming peers like Emilio Rojas and Shawn Chrystopher. He has performed in London with Lethal Bizzle and Skepta and has rocked stages in France and Ghana in addition to his travels across America.

In between doing beats for New Texas heavy hitters like Doughbeezy and A.Dd+, Dex has a full-length release called "African $ex Symbol" currently set for an early 2014 release. He also has another trick up his sleeve: a project called Moves. “It’s a soundtrack movie concept similar to Streets Is Watching,” Dex explains, “Seven songs with seven videos straight that all connect to each other. “ Always the conceptual storyteller, Moves is another chapter in Dex’s book of rhymes that will take you on a journey to places both familiar and foreign.

“The whole local dialect and just being in Ghana influenced me.” Dex remembers, “And there was a strong American influence there but we kind of made it our own. Growing up in Ghana and later in Chicago, I was around almost only black people, but then I went to one of the whitest schools in Oklahoma City. I was just that kind of kid that didn’t care, I hung out with everyone. All of those experiences formed my perspective and I think that I am probably more open minded than a lot of people.“

Which is what makes his music so great and gives it such a wide appeal. No matter who you are, if you like to party, but also like to embark on journeys to places unknown, Dex can take you there. In 2014 the rap game is ripe for a talent like this.