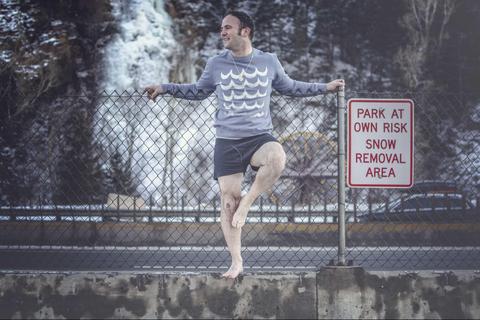 Kosha Dillz is the new kid on the scene with a long history. After touring as a guest with Matisyahu for 8 years, he continued to rise to the ranks winning hot 97 rap battles, getting his own playable character in NBA 2k11/2k13 and even recording with hip hop mastermind the Rza. To top it all off, he hit the road with Snoop Dogg in Europe, licensed his song "cellular phone" to #1 rated Superbowl commercial by USA Today, and premiered his latest album Awkward in a Good Way on the front page of Billboard.com

His latest effort, "Awkward in a Good Way", released on Murs' imprint, Label 316, features a broad span of guests from underground hip hop vet Murs to legendary rap queen Gangsta Boo of 3 6 Mafia. Tie in his interesting collaborations to his Jewish heritage and rhymes in Hebrew Spanish and English, you will be sure to engage in a live show that is different from all others.

With various song topics covering his dark background of jails, addiction and depression, Kosha hits a lot of the places where music proves to help. Give yourself high energy workouts with "Zionist Yoga," and hear a short lived and failed "Fwends" experience in his story with Katt Williams, "Awkward in a Good Way" creates anthems in songs like "We are Different" to "Hangin' Out" Its a live show and listening experience all of us can somewhat identify with, merging scenes that would never ever come together in any other scenario.

Kosha Dillz is Awkward in a Good Way. It's no wonder Matisyahu hand picked him out of the pack to open for this years Festival of Lights, and internet phenom Turquoise Jeep has asked him to joint their national twice in the same year.