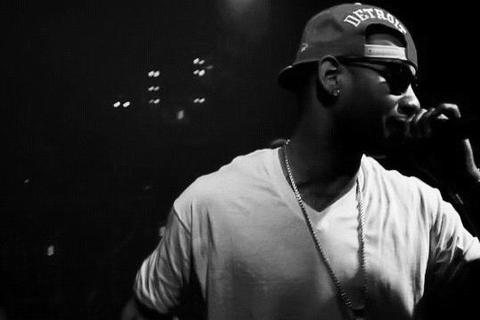 Billionaire B has consistently knocked down barriers to establish himself as the ideal hip hop artist for today's music industry. Hard work, consistency,and dedication are the simple characteristics that have helped separate himself from being the typical artist. "I know Detroit artists and I know how ya'll hustle, you have something special.... you can be the face of Hip Hop" says Kevin Black former VP of Interscope Records. Words like this inspired Billionaire B to reach his goals in this industry and feel of comfort like its home.

Born on the westside of Detroit, Billionaire B, has taken an approach rarely used by artists trying to break into the game. He has worked as a producer/manager to local artists under a independent label, Hood Hustlers Entertainment, which he serves as CEO/Founder. He started his business from the ground-up you wearing multiple hats, serving as a producer, talent buyer, manager, songwriter, and artist. He was able to take advantage of the roles which also gave him insight of the entertainment industry. With the knowledge obtained Billionaire B has managed to tour with major artists such as Big Sean, Chris Brown, Yelawolf, Kendrick Lamar, Wiz Khalifa, Problem, DJ Quik, E-40, YG, Bun B, to name a few. Not just keeping it local, Billionaire B has headlined and sold out shows from LA, Detroit, Vegas, Toronto, Vancouver and more. Which has allowed him to build a strong fanbase and create a high demand for his music as a solo artist.

He decided to jump start his solo career as a artist under Hood Hustlers Ent and record his 1st solo project "The Prestige" which was released October 9, 2012. He reached out to many artists he toured with and produced for to make this possible, Sayitaintone from Big Sean's Finally Famous label, The Weekend, Jonathas from "The Voice" and many more to create what is anticipated to be a unsigned classic. With projected singles like "Balance", "Coolin Out", & "WestSide". Wasting no time Billionaire B quickly followed up the success of The Prestige with The Prestige 2, July 24, 2013 with hits like "Worry Free Life" and "Like You Dont Know" featuring Jonathas which were featured via MTV and VH1.

Now Billionaire B is geared up to release his 3rd solo project titled "Canadian Nights and Domaine Romanee Conti" set to release February 25th, 2014 via MTV and Itunes. Already creating high anticipation with the leading single Angel ft Jhene Aiko, looks like Billionaire B will once again put himself in a position to be recognized as one of music new rising stars.