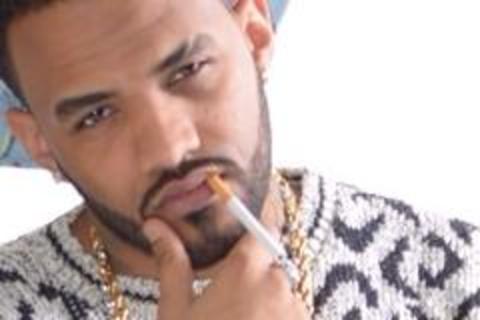 Joyner Lucas
B I O
Joyner Lucas is a nomadic explosion of wit, passion, and lyricism. Produced alongside Public Enemy’s “It Takes a Nation of Millions to Hold Us Back, N.W.A’s “Straight Outta Compton”, and Slick Rick’s “The Adventures of Slick Rick”… Joyner is a futuristic blend of poetically self-conscious insight, unapologetic street knowledge, and gritty east coast storytelling.
Joyner grew up in Worcester Massachusetts hearing hip hop luminaries like Biggie, Nas, and Method Man pumping through neighborhood speakers into his small apartment where he grew up with 2 siblings. By the age of 7, while other kids were putting together puzzles and building legos, Joyner was piecing together words and designing simple rhyme schemes. At the age of 10 he convinced his father to let him record his debut song “annihilate ‘em” at a nearby studio and instantly knew the booth was his doorway to destiny.
Recording under the alias “G-Storm” as an adolescent, Joyner quickly grew a reputation as a naturally gifted MC with a hunger for more. While rap was shifting towards commercial appeal and tales of extravagant splurging, Joyner was focused on interpreting timeless realities through his third eye view.
In 2007, the emerging rapper changed his name to Future Joyner and joined forces with his uncle (producer Cyrus tha Great), Sheen Philips, and Dj Prince to form the “Film Skool Rejekts”. Their mixtape “Workprint: The Greatest Mixtape of All Time” featuring Joyner along with his talented team created waves in underground hip hop circles popping up on major blog sites such as hiphopdx.com & 2dopeboyz.com. While Dj Prince & Cyrus tha Great went on to work with Skyzoo becoming Sky’s DJ and featured producer respectively, Joyner was left with a pocketful of talent and a fistful of authenticity in a music industry where talent and authenticity were currencies of the past.
With the radio becoming a bureaucracy, and record labels ignoring skill; Joyner headed from Massachusetts to Montana to regroup, reload, and hit the world with his 2011 solo debut “Listen 2 Me”. With provocative punchlines, thumping beats, and limited promotion the project still managed to quickly gain fans, followers, and exposure somehow finding its way onto 2dopeboyz.com and into the iPhones of thirsty hip hop fiends craving something dope and new.
Since then, Joyner has won an Alchemist sponsored rap competition (hiphopdx.com 2012), dropped visuals in support of “Listen 2 Me”, and created several standalone music videos to entertain fans across the world on YouTube. In 2012, when the hip hop world welcomed Atlanta rapper “Future,” Joyner Lucas sticking with his vow to be different, dropped the alias “Future” from his name, added his government last name becoming “Joyner Lucas”, and moved to the DC Area by way of Florida to begin recording his recently released sophomore effort “Low Frequency Oscillators” (LFOs). The LFOs project showcases Joyner blending hip hop, dubstep, and house music to create an original sound all his own.
In 2013, Joyner performed his LFOs lead single “Real Life” at a strip club in Providence, RI. As Joyner effortlessly moved through the surgically crafted hook, a small group of investors looked at the captivated crowd and immediately realized they’d found an east coast lyricist prepared to speak to and for a new generation. As the performance came to an end the investors approached Joyner with a partnership offer that would give him full creative control, a license to build his own team, and partial ownership of the venture as the face of the franchise. After talking it over with his team, Joyner accepted the offer and is a proud representative of Dead Silence LLC. His goal is to connect with fans and impact their lives through well executed, innovative, entertaining music. Joyner Lucas does not want to be remembered for rapping… he wants to be remembered for creating that moment you fell in love with hip hop… again.