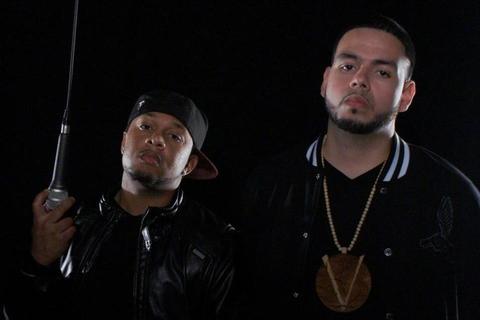 The Vagabonds consist of members E.R. (rapper/producer), and Baysiqly (rapper). Mixing E.R.'s unique production (mixing southern based drum patterns with melodic west coast flavor, and east coast sample chops), the Vagabonds are part of the generation known as "#NewMiami", spitting true-to-life tales and experiences of themselves and those around them with a sound that appeals to everybody from the biggest hip-hop heads to the most casual listeners. With E.R. (who is of Honduran descent) hailing from the poverty stricken East Little Havana neighborhood (as seen on many episodes of A&E's First 48), and Baysiqly (of Haitian descent), hailing from well the known North Miami section of town, fans not only get an authentic look into Miami life, but also a look into it's unique melting pot of different cultures. With two group efforts ("Good Neighbors" and "#FML") , a couple of Baysiqly solo EP's, E.R.'s solo album ("Year of the Vagabond") and new projects in the works, the Vagabonds are looking to explode onto the national music scene for 2014 with their unique sound and explosive stage show.