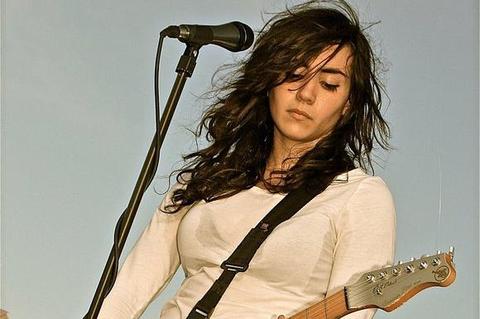 Nina Diaz, lead singer for the San Antonio band Girl in a Coma, has been hailed by NPR as “one of the two or three most exciting, scary-good vocalists in rock today.” At age 13 Nina’s vocal and songwriting skills impressed her older sister (eight years her senior) so much that she asked Nina to join her band on lead vocals and guitar. The band was Girl in Coma. In 2006, the band played for Joan Jett at New York’s Knitting Factory as part of a cable TV show featuring unknown bands. Jett was so impressed with the band that she and long-time producing partner Kenny Laguna signed GIAC to her label, Blackheart Records, on the spot. Their band’s 2007 debut album, Both Before I’m Gone, was a critical hit with raves from Alternative Press Magazine, the LA Weekly, Bust magazine, among many others, with the album reaching No. 23 on Billboard’s Heatseekers chart.

Since that time, Girl in a Coma, has gone on to release three more albums, including their most recent release Exits & All the Rest, which the Independent Music Awards named Best Indie/ Alt. Rock Album. The band has opened for Morrissey, Tegan and Sara, Amanada Palmer, The Go-Go’s and many more. In 2009 Nina collaborated with Tiësto to write the dance track, “In Your Mind.” At the request of the director, she also wrote and original song for Robert Rodriguez’s Machete.