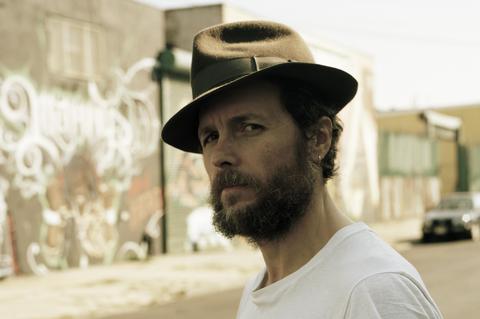 The 2011 Bonnaroo performance by the polyglot Tuscan artist Jovanotti (nee Lorenzo Cherubini) won over American live music fans, critics and industry alike. Among those taken by Jovanotti’s artistry and charisma was the leadership of ATO Records, which will introduce American audiences to him with Italia 1988-2012, a career retrospective including four new tracks, on August 7. This is the artist’s first physical album of studio recordings to be released in the U.S., and the first time much of the material has been released here in any format.

Rather than a greatest hits collection, album producer Ian Brennan compiled and remixed what he considers Jovanotti’s most compelling material—the songs that exemplify the latter’s reputation as a Springsteen-style rock poet and a distinctive singer. (Jovanotti laughingly reacted to some of Brennan’s choices with, “Are you sure I recorded that song?”) The album also includes four altogether-new tracks: the new songs “New York for Life” and “Con La Luce Negli Occhi,” and radical reworkings of Jovanotti’s songs “La Porta É Aperta” (from the Ora album) and”Mezzogiorno” (from the Safari album).

Jovanotti has already achieved rock star status in much of the rest of the world. In his native Italy, over the course of 25 years, he has sold over five million albums. Jovanotti’s most recent studio album, 2011’s Ora (Now), debuted at #1 there, went on to become the best-selling album of the year, and resulted in sell-outs over 50 arena and stadium dates. In the last few years, he has graced the cover of the Italian editions of Rolling Stone, GQ, Vanity Fair and L’Uomo Vogue, among other magazines.

Outside Europe, Jovanotti has long been a favorite of Latin American listeners and artists, including Oscar winner Jorge Drexler and Juanes, with whom Jovanotti has collaborated live and on recent recordings. Although Jovanotti is still in his early 40s, a whole generation of younger Latin alternative artists grew up admiring him; he has in turn invited Los Amigos Invisibles, Ana Tijoux, Bomba Estereo and others to open for him on recent tours.

Jovanotti has begun to spend a considerable amount of his time and career energies in the U.S. In the summer of 2009, he and a mostly US-based band performed 16 sold-out shows at downtown New York clubs. He has returned for brief stints in other parts of this country, including a performance at Central Park SummerStage in 2010, and earlier this year, with TV on the Radio, in The Music of The Rolling Stones Hot Rocks 1964-1971 at Carnegie Hall.

This fall, Jovanotti will move to New York for a year. The relocation is a sort of return to origins for the artist, who counts The Beastie Boys as his primary influence (and, later in his life, collaborators and friends). When Jovanotti performed at the Bowery Ballroom in March 2012, he sang some lines from “No Sleep till Brooklyn.” He was not only acknowledging his whereabouts, but his beginnings, when he sported a sideways baseball cap and a “Get Off My Dick” t-shirt on the cover of his 1988 debut, the rap album Jovanotti for President.