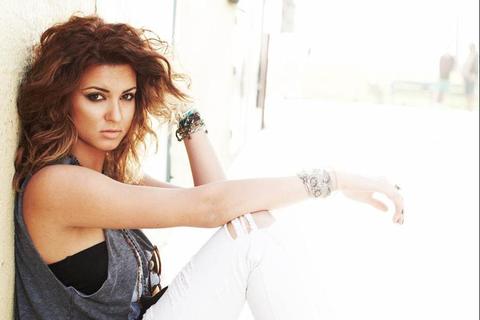 If you've ever wondered how a song is made, you might want to ask Southern California singer/songwriter Tori Kelly. All you would have to do is take a seat in the music studio and sanctuary she built in her bedroom and watch what happens next. It's there that the 20 year old created "Handmade Songs by Tori Kelly" (self-released May 1, 2012) from scratch, a collection of songs that perfectly blend the accessibility of the girl next door with the depth and skill of of a world class artist.

Tori is a true musical artisan; she started singing at age three and then picked up drums, piano and guitar shortly thereafter. She credits Michael Jackson, Jeff Buckley, John Mayer, Jill Scott, and gospel artists such as Crystal Lewis and J. Moss as her musical influences, which are reflected in her soulful pop/rock blend.

It is her clear and uncompromising vision for her craft and career that has helped her build a YouTube channel that has garnered over 30,000,000 views and a following that spans the globe. The new "it girl" of music, Tori has generated a buzz not seen in years from a female singer -songwriter. When she stands on stage she gives new meaning to "a girl and her guitar." In a world where so much music has become overproduced and complex, Tori is a purist...her unique vocal runs and the purity of her tone are impossible to ignore.

In 2013, she begins touring the world, sharing music that will turn heads wherever it's heard. Her ambition, like her talent, is undeniable; which she aptly describes: "I just want to share my passion & express myself through music, which will hopefully inspire the world." Some compare her to Jewel, some compare her to Alicia Keys, but she's very much just on her own: Tori Kelly.