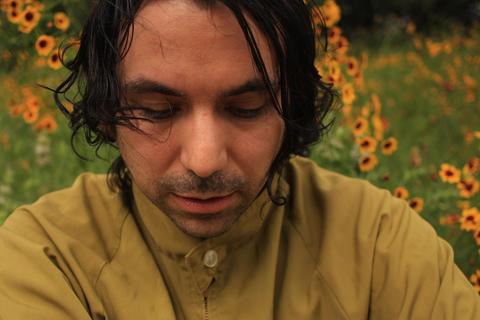 Get the head rockin’ with Shed Light, the best of this multi-instrumentalist’s 21st-century music. It’s sure to be in heavy rotation alongside his Deep Ellum-inspired and Austin-honed tapes and discs, the sounds of your 90’s misspent youth.

Then let the eyes drink in his feverish paintings at The Continental Club Gallery. Or see if the mind can catch up with the ears when he unleashes his lyrical flow representing Texas at Montreal’s International Poetry Conference "Peace in the Borderlands" in June 2011.

Next sit back and let a drama unfold thanks to his soundtrack, for the theatrical work “Fantasmaville,” for his scene-stealing performance in the independent feature, “Largo The Movie”, for the groundbreaking documentary "Wretches & Jabberers" (with Ben Harper, Scarlett Johansson & J.Ralph).

Or maybe you want to get back to the “Dah-Veed” you thought you knew. Alright, then, dodge the plastic cups at your feet, and elbow your way to the stage, where Garza is raising the bar and the roof, making soul shaking music with Fiona Apple or Jeff Ament or Jon Brion or Sara Watkins … Soon your hips will know why Pearl Jam hand-picked David to perform two shows at their first ever music fest in September 2011 in Alpine Valley Wisconsin.

Just don’t let the legend-status accolades fool you. Sure, in 1999, he was voted runner-up for Austin Chronicle Musician of the Decade—second only to Stevie Ray Vaughan. But be on the lookout now as David Garza brings you the sounds, songs & sights of tomorrow, and beyond. David is hard at work on his 31st record- this promises to be his official follow-up to 2008’s Dream Delay ( DUE OUT JUNE 2013 Cosmica Records).