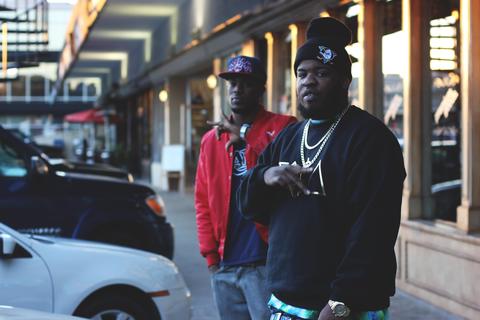 Maxo Kream is a 23 year old emcee from the southwest/Alief region of Houston, Texas. He has formed one of the largest grassroots followings among the new generation of Houston rappers. As a Houston rapper he's influenced by the Houston legends like the S.U.C. and Rap-A-lot roster, but he really found his love for hip-hop and writing through the East Coast battle emcees and that culture which shows in his music. He states his major influences as Nas, 50 Cent, Z-Ro, UGK, The Game, and The CoolKids. Through his music he talks about his experiences in the streets of Houston, his love of sneakers and streetwear, as well as his habits and lifestyle overall.

He is still riding off the buzz of his last project "Quiccstrikes" which was critically acclaimed by writers from the Vibe Magazine, The Source, Complex, Earmilk, 2Dopeboyz, Four Pins, LA Times, as well as Houston's local Houston Press.

As you read this, Maxo is prepping music videos of his previous "Quiccstrikes" project while working on his next untitled EP.