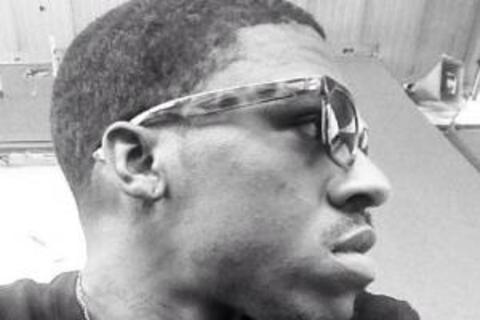 A survivor by definition and a standout according to music’s standards, Wes Fif embodies so many things. Born in Orlando, Florida, he is a product of the inner city as well as the military life, enabling him to broaden his understanding of people. All his experiences are translated into his music, real and relatable music. His goals are simple yet complex, be the voice of a generation, and make a statement that transcends time.

As a child, a strong memory involving his father and a game of basketball taught him what his motto for life would need to be. When he was ready to quit his dad reminded him that you can win at anything, but no one is going to let you, you have to work for it. That sticks with him every day as he makes strides with his music and other ventures. Wes Fif will win because he is willing to work for it all. His biggest record to date featured another young talent, B.o.B., with “Haterz Everywhere.” He also released the mixtape “Golden Nights,” in May 2011, the video for his single “Hometeam" (a collaboration with Big KRIT and Cyhi Da Prynce) had over 160,000 views in under a week.

A true artist aims to make a substantial impact, anyway they can. He shares his thoughts on what he feels his mark will be, “I see myself having a positive impact on others. They say music speaks to your soul. I feel if just one of my records can touch somebody for those 3-4 minutes, change the way they’re feeling for the better, then I’m good. Countless people have come to me telling me how my music has helped them in one way or another, and every time it feels good.” Aside from that he believes in helping those close to him. He is proud of the fact that most of the strides he has made have been with the same tight knit group of people. Believing in his team, and believing in his self, he has the right formula to make it.

Following a short stint with Slip - N- Slide records in 2007, he has gone on to establish his own label. The businessman side sees past the music and understands longevity comes from being a household name. He has strong faith that Wes Fif and his label Street Smart Music will be recognizable names globally. His main focus remains centered around branding. Fif wants others to see the passion he has for doing what he loves and in turn make the most of their own lives.

Music changes, but quality should never suffer. Every once in a while an artist really gets that. Their outlook is shaped by life, but their life is centered on remaining true to the talents they were given. Wes Fif is all of that and more. His time to shine is here.