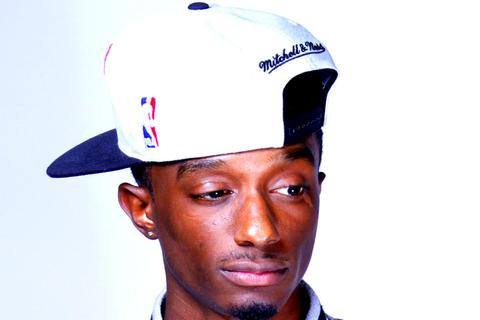 Houston, Texas is home to some of the world's more memorable and notable musicians of all time. With artists such as Beyonce and Kirko Bangz dominating radio waves all over, its easy to see that "H-Town's" influence is definitely proving to be a dominate force in the recording industry. 97.9 The Box, Houston's biggest Hip Hop and R&B station, listed Hip Hop MC and Spoken Word artist Onehunnidt in their post for 20 Houston Artists that will shine bright in 2014. But, WHO IS ONEHUNNIDT?

Pain can be seen as a driving force behind the most brilliant of artists. For Houston native OneHunnidt, initially beginning his star trek as a gifted poet, it would be the death of his younger brother that would forever alter his path (Onehunnidt's brother "Jj" was killed in a shooting in Houston February 2010 and was mentioned on Drake's hit single "Miss Me" featuring Lil Wayne in the line, "Forever in our Hearts. Jj, love ya boy") ; as he instead began turning his prose into rhymes and cadences over beats, resulting in the therapeutic Keep it 100; a poignant project chronicling the demise of a poet and the birth of an artist. This project won him two 2012 Houston Press Music Awards, Best Solo Rapper and Best Mixtape. After releasing his first mixtape Onehunnidt has quickly made a huge mark in "New Houston" indie rap scene by winning the SXSW Coast 2 Coast Performance Competition for his song "Father's Day", becoming an official SXSW Performing Act at StubHub Live's event at Old School with Big Krit and also having had opened for Stalley, Slim Thug, Paul Wall, Trae the Truth, Lupe Fiasco, Jadakiss, Waka Flocka and many more.

Today, OneHunnidt is fueled purely by confidence and ambition; the tragedy that spawned his first project giving way to reveal a talented, driven and lyrically impressive young artist. Having found his niche, he has gone on to win a number of accolades. In a deep pool of talent within his home town, he easily remains afloat both for his lyrical capabilities, as well as his brash honesty.

Explains OneHunnidt, Im from the South where Keep it 100 is a phrase that is often used. It means to be 100% open and honest, true to your word. I pride myself on being able to remain myself and reflecting real life into my music. Now his goal is to turn his critical acclaim into musical eminence. Armed with an arsenal of musical tools, he's very new to the game but already easily one of the leaders on a ladder of Houston artists vying for success.

Noting his biggest influences to be Jay Z, Tupac, Pimp C, Lauryn Hill and Kanye West, Onehunnidt differs from other artists by bringing a tremendous amount of personality and personability in his music. Unafraid to be different, Onehunnidts real life experiences are his musics substance, as he follows the motto: Keep It 100.

In addition to stellar wordplay and stage presence, OneHunnidt also has set sight on becoming a future mogul and businessman. He is the founder and CEO of the NUMB3RS Committee, LLC, an independent media marketing group that houses some of the hottest up and coming hip hop and R&B acts in the southern region.

In Onehunnidt's words, "I want to be one of the few that hold true to the essence of what Hip Hop was in the beginning era. This is not a fade or just entertainment. This is a lifestyle. This is what blood, sweat and tears sound like on wax. This is what fun and anger look like on stage. The NUMB3RS Committee personifies art, our way. This is the heart the game is missing."