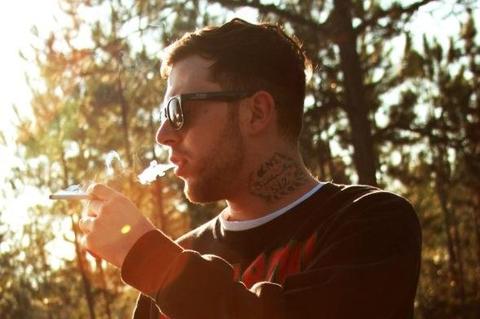 Born on the coast of Oregon, Cory Kendrix moved to Austin, TX at a very young age and has since traveled back and forth to emerge as a young artist whose unique sound and versatility has caught the attention of a variety of different audiences and listeners. Cory has worked with and produced for numerous artists such as Rittz (of Tech Nine's Strange Music), Kydd, The LOEGz, Stunnaman (from "The Pack"), Young Von, Roosh Williams, Fiend (formerly of No Limit), Kyle Lee, Dee-1, ST 2 Lettaz of G-Side, and Max Frost to name a few as well as many other musicians from all over Texas, Oregon and other regions.

He has also accompanied fellow LNS Crew member and Austin artist Kydd Jones on several major tours as well as his official SXSW and A3C performances for the past 5 years (where they have received great reviews and exposure from the massive music festivals). In December 2012 he joined Kydd and the rest of the LNS Crew on stage in LA where they got the opportunity via RedBull Soundstage to open up and build with the iconic group Public Enemy amongst many other legendary pioneers of the art on the very popular and blogged about Hip-Hop Gods Tour. Most recently, he accompanied Kydd, the LOEGz, Worldwide, Doughbeezy and Killa Kyleon on the Return of Screw York City tour in Philadelphia and New York, performed at the June 27th Boiler Room Session in Houston, had his debut solo set as an official SXSW showcase artist, his debut solo set at A3C at the Beer-N-Tacos Block Party (which earned a mention on the official Sonicbids blog), and performed as part of LNS Crew at FunFunFun Fest on the same stages as well-known acts like Snoop Dogg, Jurassic 5, Lupe Fiasco, RJD2, Killer Mike, Ice T, Pharcyde, Deltron 3030 and more. Cory has also graced the stage on numerous occasions opening up for artists such as Kendrick Lamar, Action Bronson, Dead Prez, Riff Raff, Big KRIT and Danny Brown as well as legends like Mos Def, Method Man & Red Man, Souls of Mischief, Mobb Deep and many more. He has also done tour support for artists like Rick Ross, Curren$y, Big Sean, Yelawolf, The Cool Kids and more, so it's safe to say Cory and the LNS Crew definitely know how to rock a crowd!

His first solo project, "The UnMixTape", is currently available for free download online. His most recent release, "Free Beer," has had much success and has also been mentioned on several reputable hip-hop blogs. Cory has received great reviews about his contributions to the recent release of the collaborative "This is the LNS Crew" compilation tape where he demonstrates his versatility and range as an artist. He is currently working on his upcoming solo LP "Ignorance" and is set to release late this year, with features from rappers like Worldwide from San Antonio, Slim Gravy of Dallas's A.Dd+, Reggie Coby of the LOEGz and more. Drawing his inspirations from a range of different artists like The Fugees and Nirvana to OutKast, J Dilla, and Frank Sinatra, it's very easy to see there's a wide variety of music in his undefinable sound that will have you entertained and keep you asking what's next for the 24 year old emcee/producer.