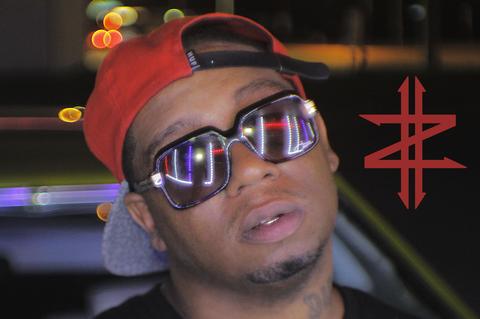 Listen to Book Of Trill

Zilla grew up in Huntsville, AL bouncing between both parents. While becoming all too familiar with the real world at a young age, Lil Al, as Zilla is known in his neighborhood, had his first child at the age of 16. By that time, he had already been 4-5 years into gang banging. Zilla would later drop out of high school at J.O. Johnson at the age of 17. When he wasn't getting into trouble, Zilla was developing a talent for putting words together.

While it had always been just a hobby, Zilla started getting serious about a potential career in music at the end of 2010 when he realized it may be a way to stay out of the streets that were leading many of his close friends down dead ends. Positioning himself at the front of the Huntsville hip-hop scene, the artist formerly known as Swagzilla teamed up with O’Third Entertainment, and in 2011 released Zilla Shit which turned out to be one of the strongest releases from Alabama in the last few years. It received much fanfare and praise from critics for it's unique blend of knocking, soulful beats and compelling lyrics about the streets of Northside "Hunts Vegas".

Recently in March, 2012 he released the sequel to his first solo project which "Zilla Shit II" produced by the Block Beattaz and was featured on Spin Magazine's "Rap Releases(s) of The Week" alongside Maybach Music's Stalley. The Cd was a instant success but Zilla was far done from releasing music in 2012 on October 31st Zilla releases “Paid In Full” with rapper Lil Pooh out of Dallas and just three days later on November 2nd 2013, he released his second collaboration Cd with one of Baton Rouge heavyweight producer Q-Red on the Track.

On July 4th, 2013 Zilla released his first nationwide retail EP’s. entitled “Book Of Trill” which has the feeling of southern soul music where Zilla takes the time to pay homage greats such as UGK, 8Ball & MJG and also alabama's own Dirty Boys just to name a few.

Now the Huntsville, AL OG Zilla (Rap) is coming off his recent 2014 release titled "Book Of Trill DGB Deluxe Edition". Zilla (Rap) has also been hard at work on his high anticipated "ZS3" the third installment of the Zilla Shit mixtape series.