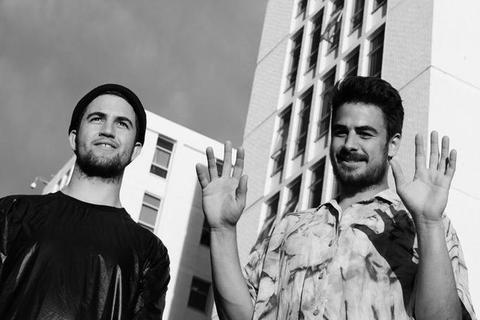 Laid on a solid hip-hop foundation Christian Tiger School have developed their own brand of dream-hop chillwave psychedelia. Both hailing from Cape Town, South Africa, Luc Veermeer and Sebastiano Zanasi have fashioned a sound and performance that speaks to their idiosyncratic tastes and personalities while also managing to translate this to their fans - both local and international.

Citing the LA beat scene as a major source of inspiration, their sound is one of the new Internet age: seamlessly incorporating distinctly South African sounds with their international counterparts. Their sound has infiltrated the web with mentions from The Roots drummer and music connoisseur, Questlove, as well as the interviews on OkayAfrica that includes their seminal Africa in your Earbuds Mixtape.

Having released their first official release via new Cape Town-based electronic label Bombaada, Third Floor was a relevant interpretation of a genre that is renowned for being intensely introverted and personal. The album magnified and embellished that which rarely makes it out of the bedroom studio into a fine collection that have formed the foundation of their live repertoires.

Happily, 2013 has seen them maintain the momentum and expand further abroad. With a successful tour to New York in July, Christian Tiger School shared the bill with Pegasus Warning and Shamon Cassette. The exposure garnered there has proven to be invaluable, collaborating with the likes of Worlds Fair and Bilal.

Christian Tiger School are planning their next release for March 2014. To keep up to date with the latest happenings check out: www.christiantigerschool.co.za