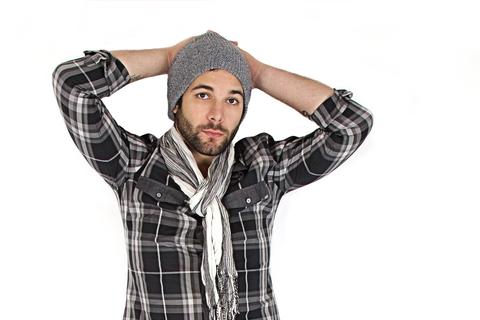 Sam James is a singer-songwriter with a unique blend of John Mayer meets Mumford and Sons. Growing up in a home where his dad dedicated an entire room to Bob Dylan, Sam grew up listening to music playing in the house every single day. At an early age, dealing with his parents divorce, he became fascinated with learning instruments and writing music. He used to lock himself in his room for hours and eventually taught himself how to play guitar, piano, banjo, bass, and mandolin.

Using his music as his escape, Sam played at every local bar and venue in his small town, performing anywhere he could even if it meant playing for little monetary gain for six to eight hours a day, six days a week. He would cover artists who he felt had a major influence on him such as Bob Dylan, James Taylor, John Mayer and Sam Cooke. He also used these gigs as a mechanism to polish his skills which helped to make him the incredible performer that he is today. His talents eventually landed him as a contestant on season three of the NBC hit TV show “The Voice” as a member of Adam Levine’s team. The national audience took notice too, spurring Sam’s ITunes single of “Imagine” to the #11 spot on the Rock chart. Although he did not make it to the end of the show and feeling as though the show had not captured the true essence of his music, Sam was more determined than ever to show the world not only who he was as an artist but also the embodiment of his sound. Having no money of his own, Sam was forced to borrowed money from friends and family, and broarded a plane to LA to work with a producer friend he knew from Massachusetts. Half way into recording his project, the guys knew they were onto something special. This sparked a bidding war with publishing companies. In the end Sam decided to sign with BMG Chrysalis and then went back in the studio to finalize his project.

The very same day he had completed his album Sam's manager invited Akon's sister Khady to listen to the entire project; the two had been introduced by Sams' publisher. Two hours later, Akon heard the music and upon hearing the music he too knew that he had come in contact with something truly extraordinary. He immediately had his sister reach out to Sams' manager, and at 5AM in the morning asked for Sam's lawyer information. Akon offered Sam a recording deal with his label Kon Live, and Sam agreed to sign with Akon.

Sam has opened up concerts for Gavin Degraw, Third Eye Blind, Emblem3, Chuck Berry and many more. Sam also went on his own northeast tour earlier this year. He has performed the national anthem for an HBO boxing championship fight as well as varieties of charity events including; National Cancer Survivors Day, Boston Strong, and USO tours for the troops.

With his single slated to be released first quarter of 2014 his unique sound fusion of folk, pop, soul and hip hop influences, Sam James is ready to take the world by storm.