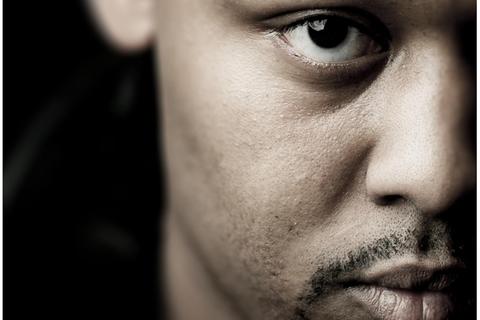 A music rebel, breaking norms of sound and tradition to create ear candy for his listeners, 3tre began crafting trendy sounds at the age of 13. Born Ricky O’Neal on November 27, 1987, 3tre released his first mixed tape,Calm Before the Storm, in April 2009. His song lyrics draw fans in with the same smooth and even tone that define 3tre’s personality and passion for his art. Songs like “Sweetest letter I ever wrote” evoke heartfelt emotion that is easy to listen to and just as easy to move to. About the album, one fan comments that “You can listen to 3tre’s music when you are going through difficult times.”

3Tre_underdog_OVERQUALIFIED-front-largeIn October 2011, 3tre released Underdog Overqualified, the albumtitle a testament to his own talent and tenacity. “I truly believe I can choose anything I want to do, and be successful, but I chose music,” says the University of Illinois business grad. Underdog Overqualified was the first glimpse into the boundless musical versatility the artist would eventually explore. It was also the project that later led to the dynamic duo Blakrebel Music Club. A movement which inspired a talented producer, Beau Brenton Dillard, to join forces with 3tre and together push sound barriers beyond the limits.

Since 2012, the two have been pushing the limits in the studio, creating colorful combinations of popular sounds like their single, Rollin’, a song that sends its listeners escalating to a climax of Electro-pop, dub step and rap. By 2013, the two had released nine singles, all including video stimulation for the fans. However, the intricate way in which the two combine popular sounds into one body of work is what separates 3tre and his producer from the masses. Some of the duo’s other work includes inspirations of reggae-pop-dub, alternative rock-pop-rap and other insane eardrum delights only a music rebel could concoct. Lyrically intriguing, professionally engineered, and brilliantly composed, 3tre’s music is sure to take his listeners on an exciting ride.