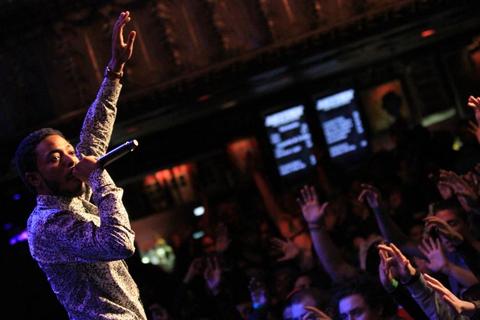 After leaving college to pursue music full-time, Illi first made noise in 2008, releasing his first solo project Inhale Part 1: State Representative, while simultaneously releasing a music video for his single, One Love. Just one year later in the summer 2009, Illi released his second mix-tape. The critically acclaimed follow-up, Inhale Part 2: Loyalty Before the Love, he showed amazing lyrical growth and overall progression as an artist. The release of his highly anticipated third mix-tape Inhale Part 3: After School Program, the streets and Internet really tuned in to watch Illi show no signs in slowing down. He continued to give his fan based what they wanted and needed, so with the release of his final installment of his mix-tapes, Inhale Part 4: Horai, The Boy Illinois stands poised, yet patient, and ready to solidify himself as a musical force in hip hop.
Now Illi is back with another hard and raw installment in his journey to be placed rightfully amongst the heavy hitters in this WINDY CITY with, The Memoirs of Gilbert Gaston. With his brand new single, the Chicago native lets us know he isn’t trying to Say 2 Much, except here I am.