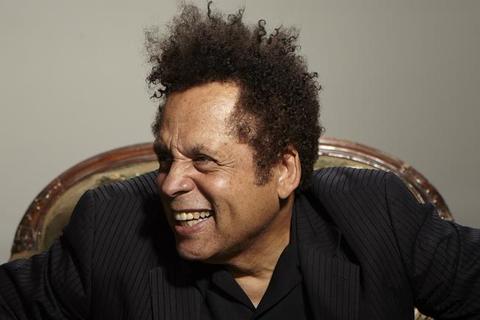 Forty years into his storied career, Garland Jeffreys is enjoying the kind of creative second wind most artists can only hope for the first time around, earning a swarm of critical accolades and experiencing his most prolific stretch in decades. 'Truth Serum,' his second album in two years, is a cri de cœur, a stripped-down tone poem from an artist taking his rightful and hard-earned place in the musical pantheon.

More than a dozen years had passed without an American album from Jeffreys when he came roaring back into the spotlight with 2011's 'The King of In Between.' Hailed by NPR as “as good a classic roots rock record as you’re going to hear from anybody," the record—which featured an appearance by old pal Lou Reed—earned raves from The New Yorker to USA Today and led to a performance on Letterman, as well as appearances onstage with everyone from Bruce Springsteen to Levon Helm. The experience fueled a creative revitalization for the rocker, whose ebullient, late-stage creative energy colors every note of 'Truth Serum.'

“The record is a kind of Rorschach, the boiled down essence of where I am today at seventy,” says Jeffreys. Sung with the most relaxed, assured delivery of his career, the lyrics express a seasoned, hard-won acceptance balanced with an unflagging sense of optimism, while the music merges blues, rock, reggae, and folk into an infectious concoction distinctly his own.

Written on guitar and demoed into a portable cassette player, the songs came in an endless avalanche at home and on the road. Preparing for new studio sessions meant listening to roughly 75 unlabeled cassette tapes and whittling down more than 50 tracks into a lean, muscular, and politically charged 10-song collection. “We had to buy a cassette player with a counter on it in order to track the songs," remembers Jeffreys, who's always preferred the compression and ragged feel of the tapes for his solo demos. "The guy at the store was amazed anyone would want such an antiquated machine. A couple of days later we bought another one in case they decide to stop making them.”

The process was an excavation, and "just like the last record, only when reviewing the songs as a whole album did I see a connection," he explains. "I’ve always been something of an idealist, and that runs through a lot of the songs here." "I was thinkin’ about the human race/And wishin’ we could reconcile/Live and let live is it too much to ask/Or would you rather it fall apart," he sings on the R&B-inflected "Any Rain," while "Colorblind Love" is a prescient reminder why the New York Times once dubbed him "the voice of multi-ethnic New York."

Growing up biracial in the outer boroughs lent Jeffreys a unique perspective, and his explorations of race, prejudice, and love earned him a reputation as a socially conscious urban poet with a keen eye for detail and immense lyrical power. He released a string of acclaimed albums and hit songs in the 1970's and 1980’s, including "Wild In The Streets" and "R.O.C.K.," collaborated with everyone from John Cale and Dr. John to Stan Getz and Sonny Rollins, and was one of the first Americans to record in Kingston, Jamaica. A testament to both the broad appeal and durability of his music, his songs have been covered by hardcore punk legends The Circle Jerks and neo-folkies Vetiver alike.

“I guess I’ve always been longing for brotherhood, harmony, justice, and been discouraged by how rarely that happens in the world," Jeffreys says. "Those obsessions, the imagery, the things I care most about were all captured on the cassettes over these past two years.”

Working with the same core of musicians from 'The King of In Between'—including Steve Jordan and Larry Campbell, along with Zev Katz, Duke Levine and Brian Mitchell—Jeffreys set about capturing the immediacy, intimacy, and joyful energy of those demos in the studio. The band gathered around the hearth of the cassette player in Andy Taub's Brooklyn Recording, learning the tunes by ear and cutting many of them live in one take with raw vocals. There was a freewheeling energy to the sessions and an open door, which resulted in unplanned guest appearances by friends like acclaimed singer/songwriter James Maddock (who along with Campbell provided production support) and vocalist Cindy Mizelle. Art Baron, the last horn player Duke Ellington ever hired, joined the band for the reggae-inflected "Dragons to Slay," and Taub even stepped out from behind the console mid-song to join the band for an impromptu glockenspiel part.

The result is an album that stands among Jeffreys' very finest, combining the wisdom and perspective that can only come from age and experience with the passion and grit that have made him "one of the city's rock and roll treasures" (New Yorker). The record is a call to arms, a reflection on the world we live in and a vision of the world we owe it to ourselves to pursue. It's the unvarnished declaration of a man whose time has come.