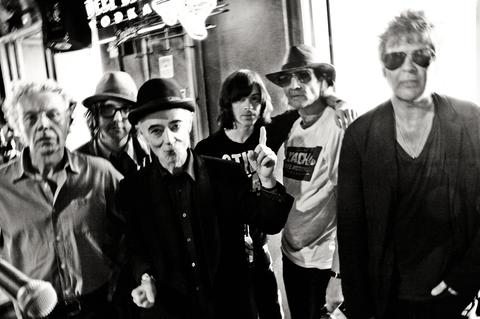 THE DISSIPATED GLAMOUR OF THE NEW YORK NIGHTLIFE

After a lifetime as a force behind much of rock & roll's past greatness – being press officer for Island Records, Led Zeppelin, and T-Rex (he's "purple-browed Beep" in 'Telegram Sam'); managing Johnny Thunders circa So Alone; testing Paul McCartney's stash as an employee at Apple Records, etc. – BP Fallon decided it was high time to play rock'n'roll himself.

What emerges is some tough sounds backing Fallon's beat verse on the dissipated glamour of the New York nightlife. If titles like 'Fond of Cocaine' and 'Kill Me Till I Crawl' don't supply a clue, this ain't for you. 'Tis a strong debut for the Irishman, so a sequel might just be in order.