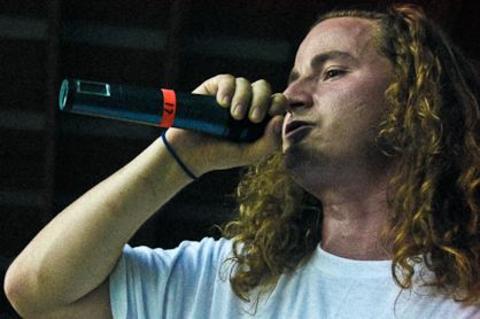 Krypol Haze, born and raised in South Austin, TX is a new artist with a fresh approach to the Texas sound. Growing up in a working class family having to make ends meet he was constantly exposed to the street life hustle and everything is entails. Haze was introduced to the art of rhyming by his older brother Michael at a young age and fell in love with the craft Immediately. After a few years of looking up to his brother and his heroes in the mainstream such as Eminem, he developed his skills and style that would surpass his mentors and peers.

In the year 2009 as a senior at Akins High School, Haze was introduced to DaBosnian & AC of Street Educated Productions though Bavu Blakes at Antone’s during a Gary Clark Jr. concert. Shortly after the introduction Haze and the production duo became good friends and started cultivating an unique sound that would describe his life experiences. Throughout the next four years Haze wrote a collection of songs that were carefully polished since there was no funding to put together an Album, which was the ultimate dream for the young rapper. After being introduced to the Opera House Music team through a mutual friend things would change drastically.

With no time wasted Haze and the production duo jumped at the opportunity and got to work on what is now the self-titled debut album, Krypol Haze. “Zooted”, the lead single of his project, shows the bond that Haze has built with the production duo and is an ode to their shared love of being in an altered state of mind. Songs such as “Try Success” show his personal side of life and his uphill battle chasing success. The Album also features southern legend Project Pat who Haze looked up to as a young kid growing up.

With a balance oh heart felt story music with southern bass heavy beats, the album stands out from the usual releases that have come out of Austin, Texas and is guaranteed to appeal to a wide array of people whether a HipHop fan or not.