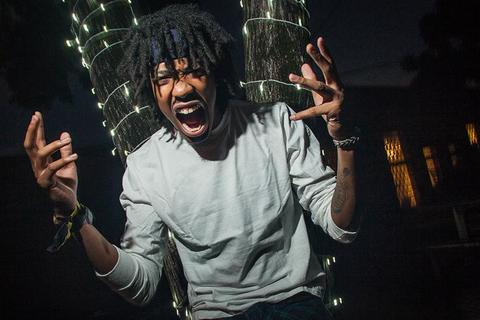 Beat Wizard. Rap Marauder.
The Dallas, TX, native prides himself on being innovative, original, and clever with his production. Blue has been respected as a top tier beat-smith for years, composing tracks for the likes of Kendrick Lamar ("P&P", "P&P 1.5", & "Faith"}, Schoolboy Q (To Tha Beat), Ab-Soul (Mixed Emotions), and Mac Miller (Down The Rabbit Hole).
Looking to expand his sound, The Misfit decided to channel his creative energy into songwriting, which ultimately lead into him becoming a daring artist.
whether it's care free living, crooning with a drunken stupor, or wearing his emotions on his sleeves, Blue's approach is strictly based on the deeper facets of his life. Keeping his unpredictable beats and feelings in sync with every track despite the subject.
Blue looks to be a the dark horse in the hip-hop industry with his debut full length album, "Child In The Wild" due in early 2014.
Blue is also a member and founder of the uprising BRAIN GANG collective.