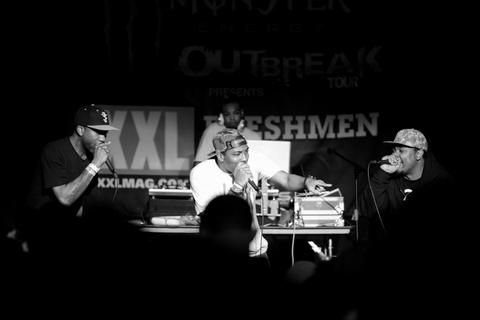 The Niceguys sound harbors Southern roots with musical sensibilities that stretch far beyond the city’s limits. With the September 11, 2012 release of James Kelley, they continued to further push the sonic envelope of today’s Hip-Hop.

The four met in the halls of the University of Houston, with Free, Candlestick, and Christolph all being Texan natives, and Yves originally hailing from Queens, New York. In 2007, the Niceguys released their debut project in the form of a mixtape, Niceguys Finish Last Vol. 1. Two years later, The Green Room arrived, which was the catalyst for the Niceguys’ inevitable critical acclaim. As the seven-track free EP fluidly mixed soulful rhythms with traditional boom-bappery, it also set the stage for 2010’s The Show.

While most artists take an entire career to find their signature sound, The Niceguys have found theirs in less than five years. Their music is more than just typical Rap, and any fan of any genre can appreciate the labor of love that is "James Kelley."

For those who have slept on The Niceguys, it’s time to wake up and check out your next favorite album from your new favorite group.