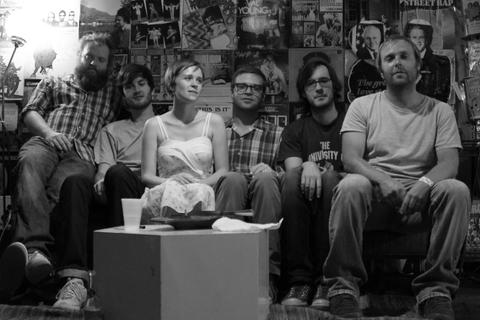 Based in the Muscle Shoals area of North Alabama, The Bear began as a collaboration between singer-songwriter spouses Louisa Murray and Nathan Pitts. The couple began performing as a duo in 2006 and gradually added an ensemble of multi-instrumentalists to expand their sound, with members rotating among drums, bass, acoustic and electric guitars, pedal steel, banjo, ukulele, keyboards, woodwinds, and a variety of percussion instruments.

The band's sophomore album, Overseas Then Under, was primarily recorded in the couple's house by Ben Tanner (Alabama Shakes). Working in the comforts of home allowed the band to fully explore the full range of its sonic palette. At the focal center of the album, though, are Murray's and Pitts' songs, which explore Southern tales that range from childlike innocence to murderous disillusionment.