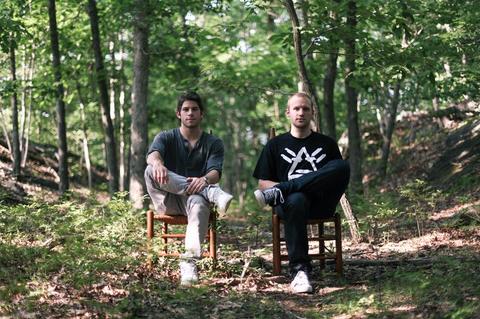 David von Mering and Carter Schultz of Wayland, MA create music that finds its roots in reggae, acoustic pop and indie rock, with smooth guitar riffs and a strong rap component. After releasing their mixtapes “Water On The Moon” and “The Reach” in late-2010 and mid-2011 respectively, the guys proceeded to release their first iTunes EP “What You Need” in October of 2011. “What You Need” would go on to reach the #1 spot on iTunes hip-hop charts. David and Carter started working on their debut full-length as soon as they got back from their first tour (they showered first) and finished just in time for a fun summer in 2012. Aer’s July 30th, 2012 debut album The Bright Side quickly rose to #1 on the iTunes Album Charts and earned a spot in Billboards Hot 100. It was followed by “The Bright Side Tour” which spanned over 48 cities across North America, more tour dates around the country, a Europe tour in May, and their music played on NFL Network, an Etnies advertisement featuring Ryan Scheckler, and three episodes of the Real World. To date, the band has shared the stage with Macklemore & Ryan Lewis, Slightly Stoopid, Action Bronson, Iggy Azalea, ASAP Rocky, Hoodie Allen, and more. Carter and David are 20, and have a lot more music to make.