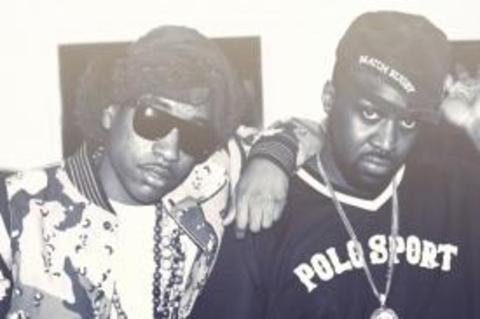 Listen to I am H.I.M

Labeled as one of Houston’s best kept secrets, Mookie Jones, who has been met with critical praise by industry insiders, has remained relatively low-key in the public eye. Until now. At just 20 years old, the rapper - born Oran Jones II - has become a breath of fresh air in an industry full of copycat Sothern up-and-comers.
Following in the footsteps of his father, R&B artist Oran "Juice" Jones, known for having the only #1 record Russell Simmons ever produced, Mookie made the decision at a very young age to pursue a career in hip-hop. But it wasn’t until he stepped into the studio with his godfather and rap legend Big Daddy Kane that he really honed in on his natural knack for wordplay. Seizing every opportunity to show his lyrical skill, at age 15 Mookie entered his first major rap competition, “Roc tha Mic” sponsored by Roc-A-Fella records. The following year he won the “Source Battle” put on by Source Magazine. By the time he was 17, Mookie was crowned the youngest emcee to win “The Prospect”, a national freestyle competition produced by Scion.
After taking a brief hiatus to polish his sound, the young rap phenomenon is back and ready to bring his unmatched style nationwide with his upcoming mixtape debut, properly titled “MACK”. A blend of "Dj Burn-One & Cardo on the Beat" production and an endless range of playa pimp topics, MACK puts Mookie’s thought-provoking lyrics and production talents on display.
With such a diverse sound and so much to say, Mookie Jones is destined to shake up the industry and make an undeniable imprint in this new hip hop movement.