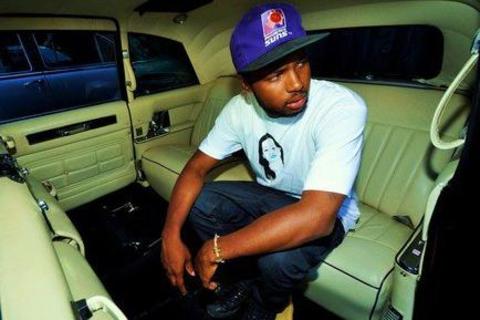 Born and raised in Austin, TX, Randell Jones, aka “Kydd”, is no stranger to music and is hailed for his lyrical ingenuity. Music was his first love as a child and soon took center stage in Kydd’s life. Being the second oldest out of eight siblings, his mind and his music matured faster than most would expect.

His unique style and unparalleled sound is greatly influenced by renowned artists such as UGK, MF DOOM, Madlib, Lauren Hill, J-Dilla, Kanye West, and A Tribe Called Quest. Kydd comes from Texas, but his style is unlike that of any other Southern artist. As a talented rapper and outstanding singer-songwriter, Kydd’s lyrical yet catchy compositions cross the borders of both R&B and Hip-Hop. He has also become an established producer, with credits under his belt for a wide array of artists such as Kirko Bangz, Noah23, Yves (of The Niceguys) as well as others.

Kydd's LP "The Sounds In My Head 2," which was released on March 13th, 2012, featured Yelawolf, GLC, Pac Div, Skyzoo and other local artists. His second 2012 album, "The Righteous LP," (which received a writeup from MishkaNYC) was released on July 31st and featured GLC, Stunnaman from The Pack, A.Dd+, Western Tink, Worldwide & The LNS Crew. Kydd's hometown paper, the Austin Chronicle, had this to say about him:

"Kydd has a smart and smooth flow ... [that] recalls a more casual Kanye West. " - Austin Powell