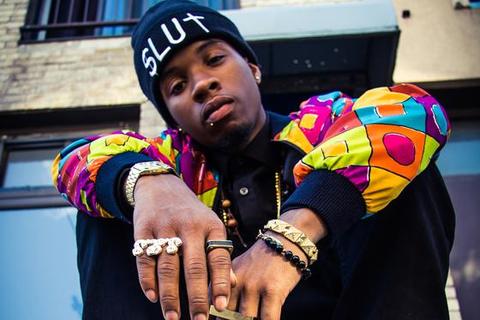 Daystar Peterson dubbed Tory Lanez was born on July 27, 1992 to the parents of Sonstar Peterson and Luella Peterson in Toronto, Canada, At the very young age of 11,Tory discovered that his mother was ill with a rare disease that affects four in every one million people, This rare disease that she developed was due to the fact that she was anemic. With the devastating lost of his mother and the absents of this father who is an ordained minister, Tory was forced to provide for himself at the early age of fourteen. Although his dad was not present in his everyday life, Tory learned how to become a real man and how to provide for himself. He also learned that a man's word is his bond, A real man will never give up, and to always follows your dreams.

Pulling all positives from negative situation, Tory began to channel such hardship and pain into his music. He began rapping when he was nine and pulled the inspiration from his musically talented family and the lost of his mother .Tory felt like music was a way to express his feelings and wanted to touch people lives in the process. Because he started supporting himself at an early age, he was forced to mix and master his own music.

Tory produces, sings, raps and writes for not only himself but also many other household names. His new project, Sincerely Tory, has over 50,000 downloads and has garnered him the attention his music deserves. At the age of 20 he has already collaborated with many icons including Bun B, Justin Bieber, Meek Mill, Sean Kingston, Boi 1-da and many more. 2013 is looking to be a very promising year for young Lanez.