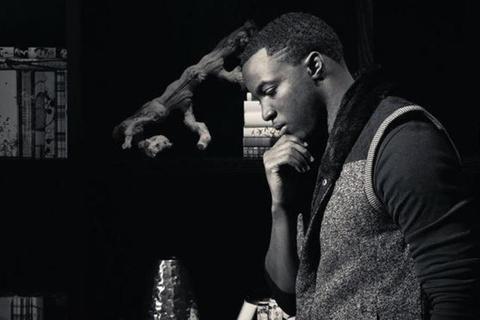 You can read this biography, and learn what we already know about Dante Higgins in this article, but the bottom line is –the boy is talented. H.I.G. is going to be the next Southern rapper at the forefront of the game. Who else could it be?

We would love to tell you a bunch of newspaper-style information about Dante Higgins, but we’d rather have you listen to him tell you. Everything you need to know is in the music. And he's definitely got music for you. Before he even released his first album, Dante produced 4 mixtapes that flooded the city streets of Houston, Texas and beyond. His initial project was titled H.I.G., followed by the cartoon-themed Rhymes 4 Days, then an enlightening look at life lessons called School Boy Music and finally, a continuation of his second project named Rhymes for Weeks, all still available for FREE download today.

Although he’s calm when you meet him, Dante has the heart of a lion and the rhymes of a monster. He jokes around and loves to laugh, but he’s a breath of fresh air to the rap game, and is quite serious about it. Life ain’t always been no crystal stair, but life didn’t hand H.I.G. lemons, it handed him a microphone, and he’s doing exactly what he’s supposed to do with it. Don’t take our word for it though, go listen. Otherwise, go ahead and keep reading.

Higgins prides himself on being one of the few college-educated rappers in the game, but he’s certainly no stranger to the streets. His references to B.O.S.S. Click refer to his well known group of friends, “Boys Off Scott Street”. Growing up in the city streets of Houston, Texas has had a profound impact on Dante’s music –southern influences and references are sprinkled generously throughout his rhymes. He wants you to know that he pays homage to the Houston heavy hitters before him, and he wants you to know that he’s the next artist out of the South. One track listen, and you know there’s no doubt that this is true.

Not only is H.I.G.’s voice distinctive, but his style of rhyming is bold and uncommon. He has a special talent for rap in general, but his storytelling will have you pressing rewind before you hear the next line. Higgins is a humble artist, but not afraid to challenge any non-believers, and with his loyal fan base of Hig Headz behind him, his future looks as bright as a traditional H-town grill. But like we said, don’t take our word for it…take his.